Internet users are afraid to express their opinions openly

Internet knows no borders, and it is logical to assume that web users are not afraid to express their views directly in the virtual space. 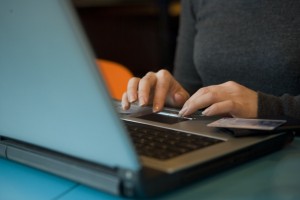 But if you believe poll. Ericsson ConsumerLab, it is not. 68% of users are afraid to freely express what they think. The survey was conducted among citizens of the United States, Mexico, Sweden, Egypt, Pakistan and Thailand. Dispelled another myth that all the Internet - not those who are in the real world. It turned out that 89% of users do not lie and indicate real data about yourself when registering on different sites.

More than half (59%) of respondents said they were concerned that their personal data may be monitored by third parties. Strong and the fear that sensitive information that is transmitted through the network can be intercepted: about 56% of respondents are worried.

With 81% of users do not use aliases in social networks and forums. It is interesting that 48% of respondents in the case of contact with their personal data to a third party willing to change their behavior on the web. In addition, 39% plan to reduce their activity online, if they know they are being watched banks or security agencies.