Android malware is a dangerous rootkit with a bright future 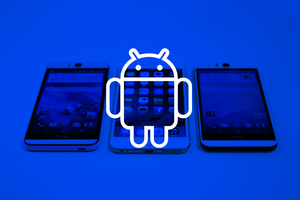 The app is part of a trend in the Android malware ecosystem, one that includes malicious applications that were built specifically to show ads and install other apps, for the monetary gain of their creators, who are part of various shady affiliate and referral programs. Previous Android malware families that employed this tactic include Brain Test and Ghost Push. As with those two, HummingBad is also capable of rooting the device, coming with a special rootkit component that makes sure the malware starts with root privileges every time the device boots. The rest of HummingBad's internal structure is split into two, and each part tasked with its own attack routine: showing ads and installing unwanted apps.

"HummingBad can be used for much more dangerous attacks"

Check Point researchers point out that, by making a few modifications to their code, the authors behind this campaign could find it very easy to perform much more malicious actions, outside just showing ads. "Moreover, as the malware installs a rootkit on the device, it enables the attacker to cause severe damage if he decides to change his objectives, including installing key-logger, capturing credentials and even bypassing encrypted email containers used by enterprises," researchers explain.

For now, HummingBad is quite harmless if you think of what it could really be capable of pulling off on its victims. Security analysts say the malware has been spotted only on a few targets, but that its C&C (command and control) servers are still active, meaning it could still be a large-scale threat, just like Ghost Push and Brain Test, which affected millions of devices, sometimes via the official Google Play Store.