2015 was a bad time for database administrators, says Gemalto, a data security company, after compiling all of last year's data breaches in its bi-annual Breach Level Index report. 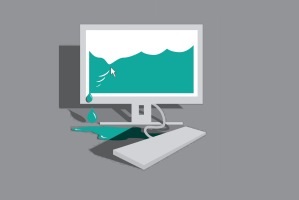 During the past twelve months, Gemalto's researchers observed and inventoried 1,673 data breaches that leaked in total over 707 million data records.

Gemalto security analysts say that, during 2015, most breaches were perpetrated by malicious outsiders [964 incidents, 58%], were the result of an accident [398 incidents, 24%], or of an insider's actions [238 incidents, 14%]. Hacktivists and state-sponsored groups also played a role, but not as big as you'd think, not even to account for over 4% combined.

As per Gemalto's earlier report from September 2015, the most targeted country remains the US, which saw 1,222 data breaches. The rest of the top 5 is made up by the UK with 154 incidents, Canada with 59 incidents, Australia with 42 incidents, and New Zealand with 22 incidents. In spite of its huge size, China recorded only 8 incidents, just as many as the Netherlands.

In 53% of all incidents, hackers were after identity and personal information, while in 22% of the incidents, the attackers targeted financial data. Other reasons for breaking into databases were to steal account access credentials (11%), existential data (10%), or just as a nuisance (hacktivism) (4%).