Popular certificate authority StartSSL (StartCom) has resolved a security vulnerability in its domain validation process that could be abused by attackers to issue certificates for domains they do not own. 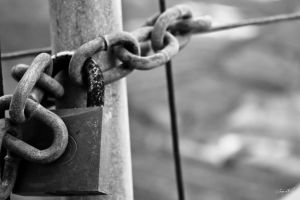 The free StartSSL certificates were setup to be domain or email validated, but security researcher Osama Almanna recently discovered a flaw in the domain validation process that allowed him to validate a domain he did not own. According to Almanna, an invalidated input vulnerability resided in the StartSSL email validation process, making it susceptible to parameter manipulation attacks. Thus, an attacker can tamper the HTTP request and modify the email address to a different one in order to trick the system.

The researcher was able to discover the security flaw because StartSSL validates the ownership of a domain name only through a predefined list of emails, which includes Webmaster, Postmaster and Hostmaster. These emails have to be on the same domain that the individual is trying to verify, and StartSSL sends a verification code to the selected address, which has to be entered in the final step of the process.

The researcher explains that the email validation only method is rarely used by CAs and that most of them ask the domain owner to place a certain file in their website to begin the validation process. Because of this shortcoming, StartSSL made it possible for the researcher to bypass the site’s security mechanisms by tampering with the HTTP request the web application uses input from.

The good news is that StartSSL was able to patch the vulnerability within hours after learning of it. The bad news, however, is that the vulnerability is not new and that hackers abused the flaw before to issue valid certificates from other CAs. In fact, Almanna explains that he tried to replicate the same attack that in 2011 allowed ComodoHacker to issue numerous valid certificates for various domains, including the login pages of Yahoo and Skype. These certificates got revoked and black listed after the breach was discovered, but ComodoHacker’s actions forced DigiNotar into bankruptcy at the time.