PayPal has patched a security issue which could allow attackers to exploit the platform for the purpose of sending malicious emails. 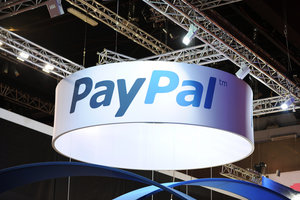 Granted a Common Vulnerability Scoring System (CVSS) score of 3.9, the security problem is considered a "medium" threat to the online payment provider's services. If exploited, cyberattackers are able to inject malicious codes into the mail header of emails sent via PayPal's portal. Cyberattackers were able to compromise PayPal's systems by injecting a malicious payload into the owner name field of a new PayPal account linked to the intended victim's email address.

By using a bypass method to process the request, attackers could then click the confirm button and an email asking for verification sent via PayPal will be sent to the target inbox, laden with malicious code.

A proof-of-concept (PoC) video demonstrating the vulnerability is below:

These kinds of security issues are bad news for users. If exploited, fraudulent emails sent from compromised -- but legitimate -- domains could be leveraged as part of a phishing campaign, in which cyberattackers send fraudulent emails to targets in order to dupe them into revealing sensitive information or clicking on malicious links and downloading malware.

Given a legitimate edge, such as an email sent from the PayPal platform, victims may not be able to tell such an email was malicious -- and, therefore, they would be far more likely to fall for such a scam. PayPal was notified of the security issue on 28 October 2015. A patch was developed in March this year, and after the fix was deployed, the researcher was able to publicly disclose his findings. Mejri was awarded $1,000 for disclosing the flaw as part of PayPal's bug bounty program.