Technology vendor Cisco is pushing out security updates to customers to address a critical vulnerability found in its recently introduced line of FirePower firewall products. 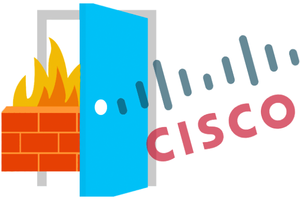 For Snort customers, Cisco reports, if the Snort source code is compiled with the “enable-file-inspect configuration flag” then the system is also vulnerable to the malware exploit.

According to the Cisco bulletin, the vulnerability is tied to improper input validation of fields in the HTTP headers that could allow attackers to exploit by “sending a crafted HTTP request to an affected system.” Doing so allows malware to be installed on systems without detection.

Snort users can download the patch with is designed for versions 2.9.8.2 and later of the software. Since the beginning of March, Cisco has released information regarding 30 vulnerabilities – one critical, 16 high severity and 13 medium severity.

Last month, Cisco released both the Firepower Management Center and its Cisco Firepower Next-Generation Firewall. Cisco touts the two as being first to market with a “fully integrated” and threat-focused firewall. Cisco did not return requests for comment on this report.