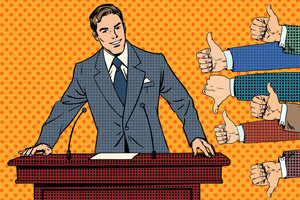 In the beginning of February the French data protection authority proclaimed that Mark Zukerberg’s social network must stop tracking non-users. A similar decision was made in 2015 in Belgium, and the Dutch, Spanish and German authorities are also launching their own investigation of this matter.

According to the aforementioned research held by a French privacy regulator, CNIL, Facebook has decided that every person that opened the social network’s website has agreed with its terms of service by default, even if these people were not logged in. The social network placed a cookie in the browser of every visitor without informing them. Using that cookie it traced their online behaviour to collect information that could be useful for online advertisements.

CNIL also accused Facebook of collecting data about religion, political views and sexual orientation. This approach, as the regulator notes, “violates fundamental rights and interests of people, including their right for respect for private life.”

One month later the German consumer association criticised the way some companies utilised Facebook’s Like button plugin to gather and transfer browsing data to Facebook without warning the users. This was done automatically, even before a visitor “Liked” the page. Now all German state sites are obliged to remove this button.

In a comment, published by the Daily Mail, Facebook stated that the case is ‘specific to a particular website and the way they have sought consent from their users in the past.’ The Daily Mail also noted that statistics gathered by the social network cannot be used to personify anyone’s identify, and that Facebook social plugins are designed not to set cookies for people who do not already have them.

Earlier in March, German authorities asked the social network to shut down its facial recognition feature, once again for the reasons of privacy. In January of 2016, German courts decided to aim at the Facebook’s Friend Finder feature.

When chosen, this options allowed the social network to access user’s email contact list and send invites to those people who were not on Facebook yet. This practice received the name of “advertisement harassment.” A lot of other services in Germany and around the globe have been using similar forms of advertising for many years so Facebook’s case is only the tip of the iceberg.

On top of all the above-mentioned troubles, in March a British daily newspaper, the Independent, condemned Facebook’s Like algorithm. The newspaper states that it is quite popular among scammers, who use it to inflate a post and then add malicious attachments to the viral publications.

As you might have noticed, popular posts are displayed high in the the news feed, that’s why the “Like farming” approach helps scammers to cover broader audience. Of course, fraudsters follow the same practice when promoting malicious pages as well. Just like many other media outlets, the Independent is probably well aware of the Facebook’s rating algorithm. It’s probably not very cool to observe as a good article gathers less likes and shares than a cute photo of yet another little kitten.

The case of Facebook shows that the online freedom era is coming close to its end and the internet is going to become more strictly regulated. As the world wide web enters every house, the governments want to control it. Besides, humanity doesn’t have a solid and common legal basis which could let us decide together what’s right or wrong in the online world.

Authorities across the globe suddenly remember an ancient Facebook feature and fight for privacy, though usually they do quite the opposite. Still the first to care about privacy and personal data should be the user themselves. That’s why we highly recommend you to measure what you do and publish online and install a specialised solution, which will protect you from data collectors.