British immigration officials have been hacking into the phones of refugees, including those of rape and torture victims, for the past three years. 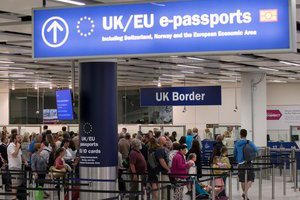 Since 2013 officers have been given powers that allow them to engage in “property interference, including interference with equipment” through an amendment to the Police Act 1997.

This grants them the legal power to install listening devices in homes, cars or detention centres - and the permission to hack into phones or computers. In a statement, the Home Office said the bill was “strengthening safeguards and oversight”. It added: “They may only use the power to investigate and prevent serious crime which relates to an immigration or nationality offence and have done so”. A briefing document, provided by the Home Office, reveals the powers are available to approximately 700 UK Border Agency staff. It notes the “overall aim of these provisions is to ensure that immigration officers can deploy a full range of investigative techniques to deal effectively with all immigration crime”.

Allan Hogarth, head of advocacy at Amnesty UK, told: “Migrants' privacy - and that of their friends and family - is no more fair game than anyone else's. “But Parliament has been granting ever more powers to immigration officers for many years and intrusions like this are the inevitable result. “This news sadly confirms what we already know about the government's relentless effort to stamp out our right to privacy.”