US authorities asked for user data from Apple accounts 1,015 times during the second half of 2015, according to figures the iPhone maker released Tuesday. 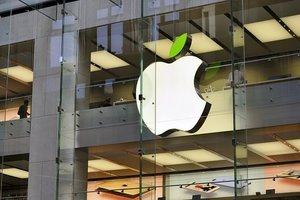 The requests pertain to information on services such as iMessages, emails, photos and device backups. The number of requests is up from 971 during the first half of last year and 788 during the last six months of 2014. Apple provided at least some data in response to 82% of the requests, about average for the California technology company.

The requests from various US government law enforcement agencies, which are only disclosed in broad ranges, also appeared to go up during that time. While the number of requests has gone up, the number of users affected by such requests has fluctuated and in late 2015 was about the same as it was a year earlier.

Transparency reports have become routine in the post-Snowden era and are released by Google, Yahoo, Twitter, Facebook and others, who now typically release reports every six months. Apple’s figures warrant a closer look given the company’s recent showdown with the FBI over hacking into the locked iPhone of San Bernardino gunman Syed Farook. Apple says that request is included in these figures.

Apple’s transparency report also suggests that investigators are adapting to a world where consumers, and criminal suspects, spend less time on landline telephones, which could be tapped with the help of a phone company. Apple received significantly fewer law enforcement requests during the second half of 2013, totalling 638. The company says requests for user content must be backed by a search warrant and it notifies affected customers of such requests if it is legally allowed to do so.

“If there’s a question about the legitimacy or scope of the request, we challenge it, as we have done so as recently as this year,” Apple said in the report. Apple says it is increasingly facing a rapidly increasing number of secretive national security requests for user data. Such requests often come with a gag order or are classified. In the back half of 2015, the US government made 1,250 to 1,499 national security requests of Apple affecting 1,000 to 1,249 accounts. That’s up from 750 to 999 requests affecting 250 to 499 accounts during the first half of last year.