Shodan, the search engine that points hackers directly to your webcam

The U.S. Federal Trade Commission issued a complaint on Wednesday against Internet-connected device maker Trendnet due to a security flaw in one of its webcams – a device marketed for home security and baby monitoring – that let hackers spy on people in their homes. 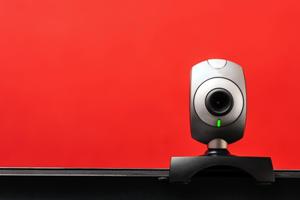 The complaint is the first issued by the FTC that concerns a device included in the category we know as the “Internet of Things.” But thanks to a specialized search engine for Internet-connected devices called Shodan, the FTC’s Trendnet complaint is likely only the beginning.

Countless devices, ranging from webcams to electrical power plants, are insecurely connected to the Internet, making them vulnerable to hacker intrusions and other cyberattacks. Hundreds of millions of these devices can easily be found through Shodan, which indexes the “Internet of Things” in the same way Google indexes websites. It is through Shodan that the FTC – or anyone else – will likely discover the next Trendnet.

As Forbes reports, Shodan was created by John Matherly in 2009. It was originally conceived as a way for companies to find competitors’ products connected to the Internet. “Instead, it’s become a crucial tool for security researchers, academics, law enforcement and hackers looking for devices that shouldn’t be on the Internet or devices that are vulnerable to being hacked,” writes Forbes’ Kashmir Hill.

Anyone can use Shodan by signing up for a free account, which gets you 10 results per search. (A $20-per-year premium account delivers 10,000 results per search.) Once logged in, simply type in a search term, like “webcam” or “iPad,” and Shodan brings up a slew of results, which can be narrowed by country or city, connection type, and company or organization associated with the device or connection.

The data might seem meaningless to technically un-savvy users. But to a security researcher, nefarious hacker, it tells them where a device is, and how it might be exploited. Shodan’s database currently includes roughly 1.5 billion Internet-connected devices and facilities, which include routers, VoIP phones, red light traffic cameras, printers, and smart refrigerators, among many other things.

Shodan works by cataloging automatic responses issued by any connected computer known as “banners.” Banners contain a variety of data about the computer or service. Sometimes it even includes the default password for a device or server, which means Shodan users can simply search “default password” and quickly have the keys to vulnerable devices.

While one might be tempted to blast Matherly for creating an easy way for hackers to find Shodan – in the same way Hollywood condemns The Pirate Bay for facilitating copyright infringement – Matherly says it is the creators of the unprotected devices that should bear the burden of responsibility. “I don’t consider my search engine scary,” Matherly tells Forbes. “It’s scary that there are power plants connected to the Internet.”

There are a number of ways to protect yourself from the kinds of intrusions facilitated by Shodan. First, change the password on any device you have that connects to the Internet so nobody can slip in just by entering the default password. For devices that don’t need to be connected to the Internet at all (like some home security cameras, for example), instead connect them to a LAN (Local Area Network).

Finally, just to make sure you’re safe, you can search Shodan for the IP address of any of your connected devices by typing in “net:YOUR.IP.ADDRESS” to see if your are vulnerable.