Google is developing an anonymous identifier for advertising, or AdID, that would replace third-party cookies as the way advertisers track people's Internet browsing activity for marketing purposes. 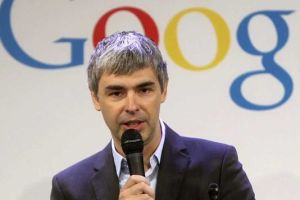 Google, the world's largest Internet search company, is considering a major change in how online browsing activity is tracked, a move that could shake up the $120 billion digital advertising industry.

Google, which accounts for about a third of worldwide online ad revenue, is developing an anonymous identifier for advertising, or AdID, that would replace third-party cookies as the way advertisers track people's Internet browsing activity for marketing purposes, according to a person familiar with the plan. The AdID would be transmitted to advertisers and ad networks that have agreed to basic guidelines, giving consumers more privacy and control over how they browse the Web, the person said, on condition of anonymity.

The person did not want to be identified because Google has not made the proposal public — although the company plans to reach out to industry participants, government bodies and consumer groups in coming weeks and months.

"Technological enhancements can improve users' security while ensuring the Web remains economically viable. We and others have a number of concepts in this area, but they're all at very early stages," Google spokesman Rob Shilkin said. He declined to comment further.

Google's move will be closely watched by the ad industry because the company is not only the leader in online advertising, its Chrome browser is now the world's most popular, having surged ahead of Microsoft's Internet Explorer, Mozilla's Firefox and Apple's Safari in recent years. The cookie — a small line of text with an identification tag that is integrated into browsers — for years has been the staple way to recognize users when they visit websites. First-party cookies are placed on people's computers by companies that run the websites, while third-party cookies are from other entities that collect data on browsing activity.

The technology is used by the ad industry to build a picture of people's interests, so more relevant ads can be shown to them online. However, cookies are controversial because tracking technology has become so sophisticated that it has raised privacy concerns. Apple's Safari browser has blocked third-party cookies since its introduction in 2003, and the technology giant introduced its own ad identifiers for its iOS mobile platform last year.

If Google follows through with its own version of this approach, that could give users more control over how they are tracked online. However, it will also put more power in the hands of two of the largest technology companies, according to some people in the advertising industry. "There could be concern in the industry about a system that shifts more of the benefits and control to operators like Google or Apple," said Clark Fredricksen of eMarketer, which tracks the digital ad industry. "Restricting third-party cookies isn't going to make relevant advertising go away; it just hands more power to big companies," said Zach Coelius, CEO of ad technology firm Triggit.

The Interactive Advertising Bureau, which represents the industry, at least wants some type of tracking technology available for advertisers, whether third-party cookies or something else, said Mike Zaneis, the group's general counsel. However, leaving such ad identifiers in the hands of a few large companies is not ideal, he added. "They could deprecate the use of that ID on a whim, basically, and severely undermine billions of dollars in digital ad spending," Zaneis said.

The IAB is battling with Mozilla, which announced a new policy earlier this year that blocks third-party cookies in its Firefox browser by default. Google's proposal is not so drastic, because the company is developing its own AdID as an alternative tracking tool for advertisers. However, the new tool will give users the ability to limit ad tracking through browser settings, according to the person familiar with the plan.

The AdID may be automatically reset by the browser every year, and users will be able to create a secondary AdID for online browsing sessions they want to keep particularly private, the person explained. Advertisers will get access to these AdIDs, as long as they adhere to the terms of the program. However, users may be able to change the list of approved advertisers, through controls in the browser, to exclude specific firms, the person added.