Why does Apple delete files from personal computers?

“The software is functioning as intended,” said Amber. “Wait,” I asked, “so it’s supposed to delete my personal files from my internal hard drive without asking my permission?” “Yes,” she replied. 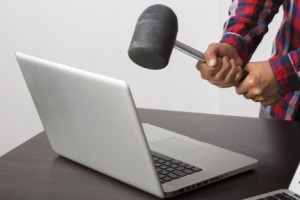 I had just explained to Amber that 122 GB of music files were missing from my laptop. I’d already visited the online forum, I said, and they were no help.

Although several people had described problems similar to mine, they were all dismissed by condescending “gurus” who simply said that we had mislocated our files (I had the free drive space to prove that wasn’t the case) or that we must have accidentally deleted the files ourselves (we hadn’t). Amber explained that I should blow off these dismissive “solutions” offered online because Apple employees don’t officially use the forums—evidently, that honor is reserved for lost, frustrated people like me, and (at least in this case) know-it-alls who would rather believe we were incompetent, or lying, than face the ugly truth that Apple has vastly overstepped its boundaries.

What Amber explained was exactly what I’d feared: through the Apple Music subscription, which I had, Apple now deletes files from its users’ computers. When I signed up for Apple Music, iTunes evaluated my massive collection of Mp3s and WAV files, scanned Apple’s database for what it considered matches, then removed the original files from my internal hard drive. REMOVED them. Deleted. If Apple Music saw a file it didn’t recognize—which came up often, since I’m a freelance composer and have many music files that I created myself—it would then download it to Apple’s database, delete it from my hard drive, and serve it back to me when I wanted to listen, just like it would with my other music files it had deleted.

This led to four immediate problems:

1. If Apple serves me my music, that means that when I don’t have Wi-Fi access, I can’t listen to it. When I say “my music,” I don’t just mean the music that, over twenty years (since before iTunes existed), I painstakingly imported from thousands of CDs and saved to my computer’s internal hard drive. I also mean original music that I recorded and saved to my computer. Apple and wifi access now decide if I can hear it, and where, and when.

2. What Apple considers a “match” often isn’t. That rare, early version of Fountains of Wayne’s “I’ll Do The Driving,” labeled as such? Still had its same label, but was instead replaced by the later-released, more widely available version of the song. The piano demo of “Sister Jack” that I downloaded directly from Spoon’s website ten years ago? Replaced with the alternate, more common demo version of the song. What this means, then, is that Apple is engineering a future in which rare, or varying, mixes and versions of songs won’t exist unless Apple decides they do. Said alternate versions will be replaced by the most mainstream version, despite their original, at-one-time correct, titles, labels, and file contents.

3. Although I could click the little cloud icon next to each song title and “get it back” from Apple, their servers aren’t fast enough to make it an easy task. It would take around thirty hours to get my music back. And even then…

4. Should I choose to reclaim my songs via download, the files I would get back would not necessarily be the same as my original files. As a freelance composer, I save WAV files of my own compositions rather than Mp3s. WAV files have about ten times the number of samples, so they just sound better. Since Apple Music does not support WAV files, as they stole my compositions and stored them in their servers, they also converted them to Mp3s or AACs. So not only do I need to keep paying Apple Music just to access my own files, but I have to hear an inferior version of each recording instead of the one I created.

Of course, there are more issues than this. Apple has faced widespread complaints regarding Apple Music displaying incorrect album art, mangling file information, and Apple “geniuses” being ill-informed on the subject, thus unable to offer working solutions.

If you’re wondering why Apple hasn’t been sued yet, it’s because the iTunes Terms of Use vaguely warn of this issue, then later indemnify Apple and preclude any litigation from users who’ve been boned:

I recovered my original music files only by using a backup I made weeks earlier. Many people don’t back up as often as they should, though, so this isn’t always an option. Amber relayed to me that she’s had to suffer through many calls from people who cancelled their Apple Music subscription after the free, three-month trial, only to discover that all of their own music files had been deleted and there was no way to get them back.

So my files were temporarily restored; but the only way to prevent this from happening over and over, according to Amber, was to cancel my subscription to Apple Music (which she herself doesn’t use due to the above-listed reasons) and to make sure my iCloud settings did not include storing any music backups. 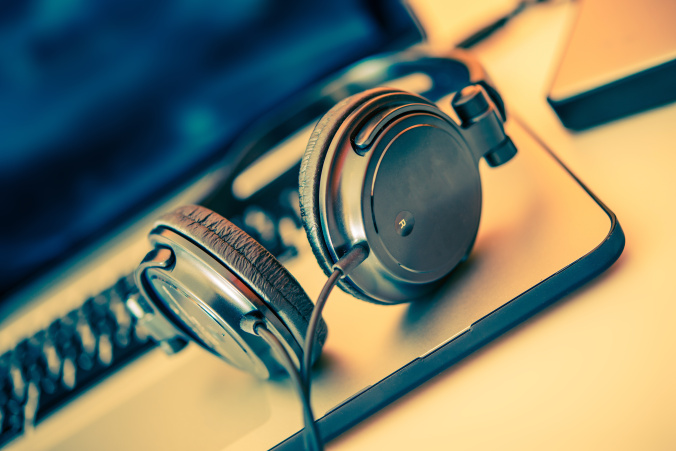 For about ten years, I’ve been warning people, “hang onto your media. One day, you won’t buy a movie. You’ll buy the right to watch a movie, and that movie will be served to you. If the companies serving the movie don’t want you to see it, or they want to change something, they will have the power to do so. They can alter history, and they can make you keep paying for things that you formerly could have bought. Information will be a utility rather than a possession. Even information that you yourself have created will require unending, recurring payments just to access.”

When giving the above warning, however, even in my most Orwellian paranoia I never could have dreamed that the content holders, like Apple, would also reach into your computer and take away what you already owned. If Taxi Driver is on Netflix, Netflix doesn’t come to your house and steal your Taxi Driver DVD. But that’s where we’re headed. When it comes to music, Apple is already there.

Audacious. Egregious. Crazy. These are just some of the adjectives I used in my conversation with Amber. She actually asked me how I wanted to move forward, putting the onus of a solution back on me. I understand why, too: she’s just as powerless as I am. I would love for Apple to face public backlash and financial ramifications for having taken advantage of its customers in such a brazen and unethical way, but Apple seems beyond reproach at this point.

It took three representatives before I could even speak to someone who comprehended what I was saying, and even when she admitted to Apple’s shady practice, she was able to offer no solution besides “don’t use the product.” When our data is finally a full-blown utility, however, “just don’t use the product” will cease to be an option. Apple will be in control, bringing their 1984 commercial full circle into a tragic, oppressive irony.