Legal action against Google by four UC Berkeley students has ballooned into two lawsuits by 890 U.S. college students and alumni alleging the firm harvested their data for commercial gain without their consent. 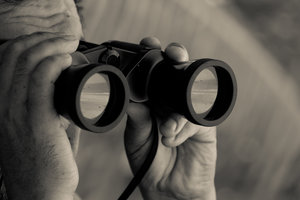 But the students' claims may be derailed by a dispute over whether they should file their cases individually, rather than as a group.

Hundreds of U.S. college students and alumni in 21 states joined the original lawsuit filed in January by the four Berkeley students. On April 29, another 180 filed a separate lawsuit making the same claim: that Google's Apps for Education, which provided them with official university email accounts to use for school and personal communication, allowed Google until April 2014 to scan their emails without their consent for advertising purposes. Google did not respond to requests for comment.

However, the suits by the students, including 68 from Berkeley and 243 from UC Santa Cruz, have been thrown into uncertainty by a federal judge's suggestion that each student in the largest claim should file separately so the court can collect 710 individual $400 filing fees.

"Our clerk's office is really unhappy you are circumventing our filing fees by adding 710 cases under one case number," U.S. District Court Judge Lucy Koh told the students' lawyer, Ray Gallo, according to a court transcript. Gallo, who is representing the students in both cases, said he expected Google to file a request to separate the 710 claims individually.

"This is a mass case and the question is, 'Can these people who all have essentially the same claim bring it together so that a lawyer like me will agree to do it?" he said. "If these cases have to be filed individually, no lawyer would take it." The students will seek a maximum of $10,000 each, Gallo said. Google said in an April 2014 post that it had "permanently removed all ads scanning in Gmail for Apps for Education, which means Google cannot collect or use student data in Apps for Education services for advertising purposes."

But the students allege that Google had been scooping their data at least as far back as November 2010. "Each Plaintiff received disclosures from his or her Educational Institution that indicated his or her (Apps for Education) emails were private," according to court documents. "None of these disclosures notified him or her of Google's interception or content scanning for Commercial Purposes. Many Plaintiffs received disclosures that assured them there would be no such scanning."

At UC Berkeley, when Google came offering apps, officials asked about data capture, said Chris Hoofnagle, an internet-law professor who was involved in talks with Google over the apps. "They always responded, 'There is no advertising.' Their response was kind of a red herring," Hoofnagle said. "We were asking whether Google was deriving knowledge from our communications."

But the university had just spent a lot of money to transfer to Gmail as a temporary service after a four-day email outage and was reluctant to change again, Hoofnagle said. Under federal law, he said, intercepting emails requires clear, direct disclosure to affected parties that their communications will be monitored, and the parties must give clear consent.

The suit by 710 students alleged that until April 2015, Google denied it was scanning students' emails for advertising purposes and misled schools into believing the emails were private. "Google's lies," according to the lawsuit, included a statement on a privacy page for Apps for Education, which was on the web from at least June 2011 to September 2012, and said the apps were "completely ad-free -- which means your school's content is not processed by Google's advertising systems."

Baird analyst Colin Sebastian was sceptical that Google deliberately targeted students' personal information. "I doubt that Google would intentionally try to acquire or use data that they're not entitled to," Sebastian said. "They are obviously a data company, trying to aggregate as much information as possible. In that broad net they may have been capturing data they weren't supposed to."