An Android trojan detected by Russian security firm Dr.Web as Android.SmsSpy.88 evolved in the past two years from simple spyware to banking trojan, and now to a mobile ransomware threat. 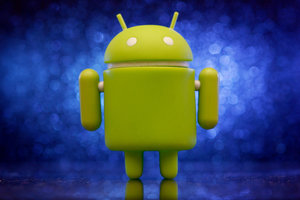 First detected in April 2014, the trojan was initially distributed via SMS spam, and once it infected victims, it was capable of intercepting phone calls and SMS messages, usually used for two-factor authentication systems.

As time went by, the Android.SmsSpy trojan evolved and added the ability to phish for credit card details using a Google Play Store-like interface, as well as to show interstitials mimicking popular Russian bank logins. Android.SmsSpy came back stronger and more powerful than ever. The biggest update happened at the end of 2015, when Dr.Web says the trojan gained the ability to phish for credentials from almost any bank around the world, along with the capacity to lock the user's screen and ask for a ransom.

This increase of functionality also had an effect on its distribution model, which switched from SMS spam to fake apps posing as an Android version of Adobe Flash Player. Dr.Web also noticed that the trojan started using a very customizable bank phishing popup system, which allows trojan operators to modify the popup's content much more easily and target any bank or payment processor they'd like.

"Trojan is chock-full of features"

These latest versions of Android.SmsSpy need administrative privileges, a constant Internet connection, and are packed full of dangerous features. These include the ability to send USSD requests, intercept MMS messages, send SMS spam to all phone contacts, exfiltrate SMS messages and more. All of these are managed from C&C servers, and Dr.Web claims it detected over 50 different master servers, commanding as many different botnets.

The large number of different botnets is explained by the fact that Android.SmsSpy's creator is extremely busy with advertising and renting out his infrastructure to other criminals on the Dark Web. Dr.Web researchers claim that Android.SmsSpy made victims in 200 countries and infected at least 40,000 mobile devices. The hardest-hit country was Turkey, which accounted for nearly one-fifth of all infections, followed by India, Spain, Australia, Germany, and France.

The most targeted Android version was 4.4 (35.71%), but Android.SmsSpy also infected almost all Android versions between 2.3 and 5.2. "Android.SmsSpy.88.origin acts not only as a banking Trojan and a spyware program but also as a ransomware Trojan, allowing attackers to make more money on gullible users," Dr.Web reported this week. 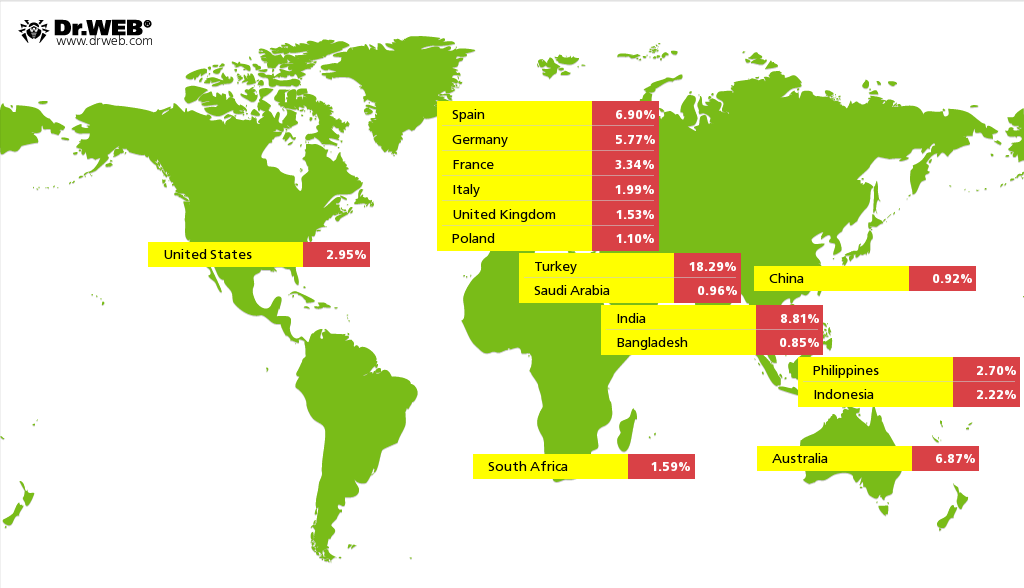