Data from an older LinkedIn data breach has surfaced online, and a hacker known as Peace_of_mind (Peace) is selling it for 5 Bitcoin (~$2,200) on the Dark Web marketplace TheRealDeal. 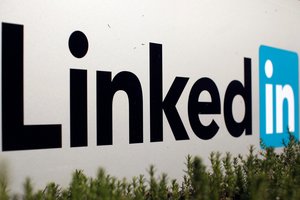 LinkedIn suffered a massive data breach in 2012 when hackers breached its servers and stole some of its user records. Later, the hackers posted 6.5 million of the stolen records online, complete with user passwords in hashed format.

Peace claims that this data is part of that 2012 breach. He claims to have details about 167,370,940 accounts but said that only about 117 million include hashed passwords. The last time LinkedIn revealed its total user count, the company said they had 433 million users signed up for an account. Two websites specialized in collecting data from online breaches, LeakedSource and Have I Been Pwned? analysed the data.

Troy Hunt, Have I Been Pwned? creator said on Twitter, "I've been verifying a portion of the alleged 167M record LinkedIn data breach. It's *highly* likely this is legit." Later he revealed that the data is indeed from the 2012 breach and warned that the passwords were encrypted with SHA1 with no salting. This means weak passwords can be easily cracked.

SHA1 is a powerful encryption algorithm, but the advances in modern computing power allow attackers to break SHA1 password strings. Crooks can't break these strings instantaneously, but with time, all password hashes will fall. The simpler the password, the quick it is to crack.

"Users can search and see if their data was exposed"

LeakedSource says they have access to the whole 167 million accounts, which they added to their service, so users can safely search and see if they are included in the breach. Back in 2012, despite 6.5 million user details leaking online, LinkedIn never confirmed how many users were affected, kept quiet, and people forgot anything happened. If LinkedIn had shared the data breach's real impact, users would have taken the necessary steps to secure their accounts and avoid reusing their LinkedIn password for other accounts. There are also some tips on how to stay secure on LinkedIn.