China is investigating whether Apple products are a security threat

Apple products are coming under increased scrutiny in China as the state is starting to ask more questions about the company's products. 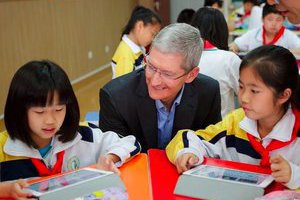 The Chinese government has reportedly started to increase the number of reviews it carries out into products being sold in the country. These investigations, which target other companies as well as Apple, look into the capability of electronic devices sold in the country, and examine things like encryption and data storage.

The uptick in the number of reviews by the Chinese government will be a worry for Apple as the company is trying to ensure that it has a working relationship with the state. In the reviews, Chinese officials require executives or employees of the foreign tech companies to answer questions about the products in person, according to these people.

The reviews are run by a committee associated with the Cyberspace Administration of China, the country’s Internet control bureau, they said. The bureau includes experts and engineers with ties to the country’s military and security agencies.

While other countries, including the United States and Britain, conduct reviews of some tech products, they usually focus on products that will be used by the military or other parts of the government that are concerned with security, and not on products sold to the general public.

The Chinese reviews stand out because they are being applied more broadly, including to American consumer software and gadgets popular in China, the people briefed on the reviews said. And because Chinese officials have not disclosed the nature of the checks, both the United States government and American tech companies fear that the reviews could be used to extract tech knowledge as well as ensure that the United States was not using the products to spy.

Ultimately, the reviews could be used to block products without explanation or to extract trade secrets in exchange for market access. Those secrets could be leaked to Chinese competitors or expose vulnerabilities, which, in turn, Chinese hackers could exploit.

The country is an increasingly an important market for Apple, but received a blow in April when the Chinese government forced the shutdown of iBooks and iTunes Movies. Its recent $1 billion investment in on-demand taxi service Didi Chuxing has been interpreted as a peace offering to the government.

Apple admitted in a hearing that the Chinese government has twice asked the company to share the source code for its products, but the company refused. That's a very different policy to Microsoft, which does share its source code with both China and Russia.