Facebook will now display ads to web users who are not members of its social network, the company announced Thursday, in a bid to significantly expand its online ad network. 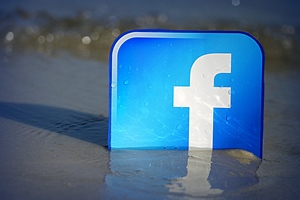 Facebook will use cookies, "like" buttons, and other plug-ins embedded on third-party sites to track members and non-members alike. The company says it will be able to better target non-Facebook users and serve relevant ads to them, though its practices have come under criticism from regulators in Europe over privacy concerns.

Facebook began displaying a banner notification at the top of its News Feed for users in Europe, alerting them to its use of cookies as mandated under an EU directive. "Publishers and app developers have some users who aren’t Facebook users," Andrew Bosworth, vice president of Facebook’s ads and business platform, tells the Journal. "We think we can do a better job powering those ads."

Targeted advertising has become commonplace across the internet, but Facebook believes it can more accurately target non-members using the vast amounts of data it already has on the nearly 1.7 billion people who use the site. The company says it can use that data to make inferences about the behavior of non-members, an approach known as "lookalike" targeting. "Because we have a core audience of over a billion people [on Facebook] who we do understand, we have a greater opportunity than other companies using the same type of mechanism," Bosworth tells the Journal.

Facebook and Google continue to dominate targeted online advertising, as a report from Princeton University showed last week, though Facebook's use of cookies has come under fire from European regulators who say it violates consumer privacy laws. An independent report from the Belgian Privacy Commission last year criticized Facebook for tracking users who had logged out, as well as those who didn't even have an account. (Facebook disputed the report's findings, and attributed the tracking to a bug.) Earlier this year, the French data protection agency ordered the company to allow users to opt-out of sharing their personal data with advertisers, and to better inform non-users that their behavior was being tracked when visiting Facebook pages.