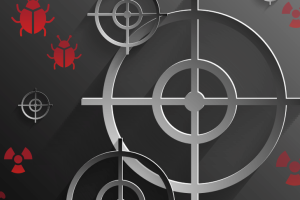 On Monday, at the LayerOne 2016 conference in Los Angeles, researchers from Check Point disclosed two vulnerabilities which "can be used to elevate privileges on LG mobile devices to attack them remotely."

The vulnerabilities are unique to LG devices. In 2016, according to comScore, LG accounted for a 28.5 percent share in the smartphone market in the United States, settling behind Apple and Samsung. Check Point mobile security researcher Adam Donenfeld said the first security weakness, CVE-2016-3117, was discovered in LG's privileged service. Dubbed LGATCMDService, the service is not protected by bind permissions, which means that any application -- regardless of its origins -- can communicate with it.

"By connecting to this service, an attacker could address atd, a high-privileged user mode daemon and a gateway for communications with the firmware," the researcher says. If exploited, this could lead to privilege escalation and device hijacking, rebooting, disabling USB connections, wiping, identifying private IDs such as a device's MAC address or completely bricking the device itself.

Should an attacker compromise the device in this way, they could send an SMS message which allows them to view, modify or delete SMS messages stored on the device. Once compromised, this security flaw could also be used as a wider phishing scheme for more lucrative targets -- such as a scam to access online bank accounts. Check Point disclosed the security flaws privately to LG before public disclosure and patches have now been issued to prevent the vulnerabilities from being exploited.