Comments on Friday by a top Russian telecoms official, suggesting that the country might soon block access to Twitter, met with a swift wave of condemnation — including from other government officials — providing a rare window into differences of opinion inside the Kremlin over how best to censor voices of dissent. 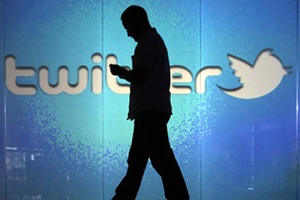 In an interview with a local newspaper Friday, Maxim Ksenzov, deputy head of the government’s telecommunications watchdog, Roskomnadzor, called Twitter a “political” tool that undermines the state’s authority.

“We can block Twitter or Facebook tomorrow for several minutes,” Ksenzov said. “We do not see any risks in that.” Ksenzov said the government would then weigh “the consequences from switching off the social networks” against “the damage that is being done to Russian society” by the online posts to determine whether to permanently block the sites.

Earlier this month, Russian President Vladimir Putin passed a law that requires popular bloggers to register their sites with the government, expanding this nation’s creeping stranglehold on freedom of expression. The new law takes effect Aug. 1.

Ksenzov’s comments Friday came in response to a question about whether Russia has the technical capabilities to implement a Twitter ban like that adopted last month by Turkey’s Prime Minister Recep Tayyip Erdogan.

Ksenzov, who hinted that Twitter might be controlled by the U.S. government, said that blocking Twitter was “practically inevitable.”But a popular backlash on the Internet, and from top levels of the government, forced a public retraction from the telecoms agency hours later.

Ksenzov, who has complained repeatedly about Twitter’s refusal to delete content that the Kremlin defines as “extremist,” told the Interfax news agency that his words had been misinterpreted and that they really constituted “more of a warning to Twitter’s management.”

“Nobody has spoken about closing access to popular social networks in Russia,” he said. Earlier, Ksenzov, who has tweeted more than 2,200 times and has over 900 Twitter followers — a number that was steadily growing on Friday — personally took to the social network as the interview went viral to respond to a slew of sarcastic remarks about the state’s increasingly restrictive policies.

Mark Feygin, an attorney for the formerly imprisoned female band Pussy Riot, tweeted that Ksenzov is “an absolute idiot at the state level.” Others mockingly warned Ksenzov against using Twitter because it was giving U.S. intelligence agencies access to his personal data.

But comments also came from the Kremlin, underscoring possible divisions over how best to enforce Russia’s new “blogger law,” or the possibility that Ksenzov was used to test the waters of a potentially unpopular policy move. Russian Prime Minister Dmitry Medvedev, a self-described “active user of social networking sites,” wrote on his Facebook page that officials should “use their brain” before announcing the closure of a site.

Putin has moved increasingly to censor voices of opposition in recent months, particularly online. Earlier this year, the state blocked several opposition and news Web sites, and Putin branded critics of Russia’s annexation of Crimea members of a “fifth column.”

One of the main narratives that the Kremlin seeks to control is that of the events playing out in eastern Ukraine, where Ukraine’s interim government has accused Russia of backing separatist militants in a bid to destabilize the nation.

Each side has accused the other of propagating blatant lies over social media. Moscow’s moves to silence opposition at home also come at a time when Russia’s tensions with the United States and Europe have reached the highest point since the Cold War amid the worsening crises in Ukraine and Syria.

But at home, the crisis in Ukraine has also stoked a fresh tide of nationalism. Putin is enjoying his highest domestic approval rating in six years, according to state-run and independent polling groups.

The pro-government All-Russian Center for the Study of Public Opinion said Thursday that nearly 86 percent of Russians polled said they support Putin — up from 82.2 percent at the start of the year, before the violence in Ukraine kicked off.

The statistics are likely to have been inflated, but analysts say that Putin’s popularity is running high, making now a potentially ideal moment to strengthen the state’s censorship of critics. “He has been able to polarize society,” Kozyrev said, “so the people who used to support him now support him more aggressively.”