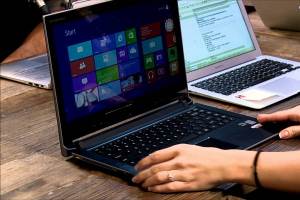 Microsoft EMET is a tool designed to make it more difficult, expensive and time consuming for attackers to exploit vulnerabilities on Windows systems.

However, researchers have disclosed methods that can be used to bypass EMET protections on numerous occasions and malicious actors have now also found ways to evade the security tool. According to FireEye researchers, the Flash Player and Microsoft Silverlight exploits currently leveraged by Angler to deliver malware don’t rely on typical return-oriented programming (ROP) exploit techniques to evade the data execution prevention (DEP) mitigation.

Instead, they leverage the routines built into the Flash Player plugin component Flash.ocx and the Silverlight component Coreclr.dll to call the VirtualProtect and VirtualAlloc memory management functions. This allows the exploits to bypass both DEP and return address validation-based heuristics before executing shellcode.

“Since return address validation heuristics are evaded by utilizing these inbuilt functions from within ActionScript and Silverlight Engine, ROP checks by EMET’s DEP capability are not effective,” FireEye researchers explained. Experts discovered that the Flash and Silverlight exploits used by Angler can also bypass EMET’s Address Table Filtering (EAF) and EAF+ mitigations.

In the attacks analyzed by FireEye, cybercriminals used these mitigation bypasses to deliver TeslaCrypt ransomware. The security firm pointed out that it has seen successful attacks against Windows 7 running EMET 5.5, which is the latest version of the tool.

“Although there are no quick solutions for the DEP, EAF, and EAF+ evasion techniques, organizations can mitigate this threat through a robust vulnerability management program for end user systems, which includes the installation of security updates for third party software,” researchers said.

Microsoft usually attempts to patch EMET bypasses in new releases of the tool - it will remain to be seen how long it takes the company to neutralize these Angler attacks. In February, FireEye disclosed a method that attackers could use to disable EMET protections by leveraging one of the tool’s own functions. The issue was made public only after Microsoft addressed the vulnerability with the release of EMET 5.5.