Pentest is sounding alarms after it found an Android app it says has been downloaded 50 million times despite being "little more than malware." 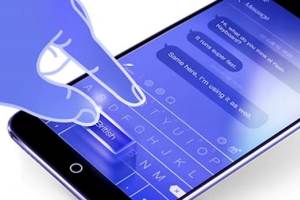 UK-based Pentest said a whitepaper study [PDF] of the popular Flash Keyboard found that the Android app is "abusing" OS permissions, inserting potentially malicious ads, and tracking user behavior, then sending data to servers in China. "It is Pentest's opinion that this application was not written by the developers to be intentionally malicious," researchers said.

"However, through disregard for Android's development policy and a desire to monetize a free application, have created an application that deceives users, gathers personal information and obstructs uninstallation." As its name would suggest, Flash Keyboard is a keyboard app for Android that supports multiple languages and describes itself as being "extremely adaptive to guarantee a fluent input in any situation." Pentest estimates that the app has been installed on more devices than WhatsApp.

Behind that popular keyboard tool, however, sit potentially serious privacy concerns. Researchers with Pentest found a laundry list of permissions requested by Flash Keyboard that the software would not appear to require to operate. Among those permissions were the ability to:

Additionally, Pentest says, Flash Keyboard is collecting and transmitting user information including device manufacturer and model, IMEI (international mobile equipment identity) number, Wi-Fi and MAC data, Android version, and GPS coordinates to within 1-3 metres (3.3-9.8 feet). The data is being sent to servers in the US, the Netherlands, and China, where Pentest believes it is being used for analytics platforms.

While those services may not pose an immediate threat to user privacy, researchers worry that the excessive permissions and overzealous data collection could easily be used for nefarious purposes. "In more sinister hands, this application could covertly download updates that weaponize the application; to exploit the granted privileges for mass or even targeted surveillance," Pentest researchers say.

Experts contacted Hong Kong-based developer DotC United, the developer of the app, for comment, but we have yet to receive a response. Pentest says it also attempted to contact them, to no avail. Pentest said that while the Flash Keyboard app was taken down from the Play Store earlier this week, a similar keyboard written by the same developer has since taken its place.