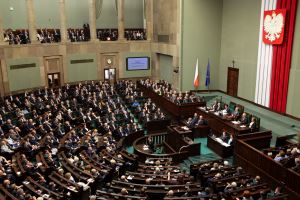 The new measures initiated by the ruling Law and Justice (PiS) party are designed to regulate how police investigate suspects' phone and internet use, but also requires officers to file detailed reports for use by courts.

Maciej Wąsik, Poland's deputy security services chief, said that during the last year the Civic Platform party was in power, police “accessed data of internet users some 60,000 times”. He added that the new rules mean courts will be able to oversee how internet data is accessed. Ahead of the vote, Marek Wójcik, an MP for the now-opposition Civic Platform, said that the amendments deeply encroached into citizens' privacy, especially when it came to internet use.

In total, 55 members voted in favour of the bill, there were 28 voting against. There were three abstentions. The bill still needs to be approved by Polish President Andrzej Duda. Once signed, it will enter into force in February.