Your Twitter handle may soon be part of the US visa process. US Customs and Border Protection entered a new proposal into the federal register, suggesting a new field in which persons entering the country can declare their various social media accounts and screen names. 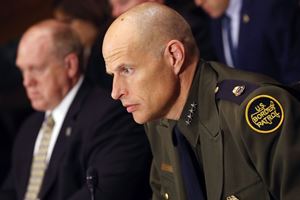 The information wouldn’t be mandatory, but the proposed field would still provide customs officials with an unprecedented window into the online life of travelers. The process already includes fingerprinting, an in-person interview, and numerous database checks.

The proposal focuses on arrival / departure forms commonly collected from non-citizens at the US border, as well as the electronic form used for anyone entering the country under a visa waiver. Under the proposed changes, those forms would include a new optional data field prompting visitors to "please enter information associated with your online presence," followed by open fields for specific platforms and screen names.

It’s unclear from the proposal how thoroughly officials will examine the social profiles, although it’s clear they will be used for investigative purposes. "Collecting social media data will enhance the existing investigative process and provide DHS greater clarity and visibility to possible nefarious activity and connections," the announcement reads.

The public has 60 days to comment on the new proposal before it will be formally considered. Comments can be mailed to Customs and Border Protection at its Washington office. Immigration and intelligence agencies have been under increasing pressure to scrutinize social media profiles after the San Bernardino shooting in December of last year.

One of the attackers had posted a public announcement on Facebook during the shooting, and had previously sent private Facebook messages to friends discussing violent attacks. Crucially, the private messages were sent before receiving her visa. That news provoked some criticism, although investigators would have needed significantly more than a screen name to see the messages. State Department officials claimed to be reviewing the visa application processes in the wake of the attacks.