Secret organizations in the network hackers staged provocation in the interests of the American and British intelligence services. 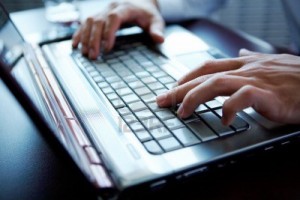 Hired specialists under the supervision of the alliance Five Eyes distributed network false information to mislead and control the parties to the communication on the Internet. This was reported in the documents from the files of Edward Snowden.

Special undercover units to track messages on the Internet, introduced in the discussion forums, social networking corresponded and threw false information to guide the users' opinions in a certain way. In addition, revealing details of the next document from Edward Snowden, a journalist mentions that the security services through manipulation of data in the network eliminated Disloyal people, for example, members of the hacker organization Anonymous.

The report of the Joint Threat Research Intelligence Group, which was made for the Government Communications UK, tells about how exactly to subterfuge resorted kibervoysk staff member states of the alliance Five Eyes.

For example, government hackers hacked pages in social networks and established as a profile photo compromising image, and then sent out messages and emails to friends and family member.

In addition, so-called tactics used honey-trap, which uses involving "object" in all sorts of situation tarnishes his reputation through sex or hint of sexual intimacy.

Recall that the members of a private club called the Five Eyes are the United Kingdom, Australia, Canada, New Zealand and the United States. As part of a secret agreement intelligence agencies of these countries share intelligence obtained through espionage.