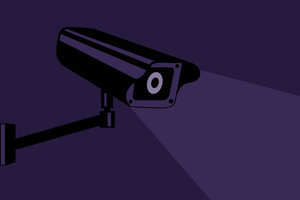 The toolkit, dubbed by ESET “SBDH” based on a string found in its downloader, is designed to exfiltrate specific files from the systems of targeted organizations.

Several instances of the malware have been observed by the security firm over the past year in attacks aimed at government and public institutions. According to experts, some of the attacks focused on organizations that specialize in economic growth and cooperation. The list of targeted countries includes the Czech Republic, Hungary, Poland and Slovakia – countries that are part of the Visegrad Group – and Ukraine. The SBDH downloader is delivered by attackers using spear phishing emails. In an effort to avoid raising suspicion, the threat is designed to look like a Microsoft application.

Once executed, the downloader contacts a remote server and downloads the toolkit’s main components: an information stealer and a backdoor. The toolkit has a powerful filter that allows threat actors to specify exactly what type of files they want to steal based on attributes like extension, size and date of creation.

The malware uses multiple methods to connect to its command and control (C&C) server, including HTTP requests and the SMTP protocol. Older versions were also designed to use Microsoft Outlook Express if all else failed. By using the email client for communications, attackers ensured that the malicious messages sent and received through the victim’s email account would bypass security products.

In more recent versions of SBDH, the malware authors have been improving HTTP communications, attempting to disguise the malicious traffic using fake JPEG and GIF image files. The malware is also capable of obtaining the address of its C&C server by accessing a hardcoded URL that points to a fake image hosted on a blog. One of the more interesting persistence methods used by some SBDH variants involves changing settings so that the malware would get executed every time a user opened a Word document.

Researchers noted that the malware leverages some techniques that are similar to the ones observed in Operation Buhtrap, a cybercrime campaign focusing on Russian banks. Earlier this year, experts reported that the Buhtrap gang had stolen $25 million from 13 Russian banks over a six-month period.