Datadog, the software-as-a-service monitoring and analytics platform, has been hit by hackers. 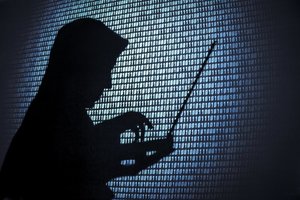 The firm, which has high profile clients including Facebook, Spotify, Citrix and others has strongly suggested that customers initiate password resets in efforts to err on the side of caution.

Datadog confirmed the breach in a blog, reporting that hackers hit several servers on 8 July, targeting production servers and a database hosting user credentials. Samsung and The New York Times are also among the clients of the firm. "We have detected unauthorized activity associated with a handful of production infrastructure servers, including a database that stores user credentials. We strongly recommend that you immediately revoke or rotate any credentials in use in your Datadog account as described in our email," said Datadog.

The firm also noted that at least one user has reported that his attempt to use AWS (Amazon Web Services) credentials, which was shared with Datadog, has been unsuccessful, which may indicate that the user's credentials have been accessed by the hackers. "For AWS users, Datadog supports two mechanisms of integration. As you update AWS integration credentials we strongly encourage the use of AWS IAM Role Delegation. This stronger method of AWS integration prevents the sharing of security credentials, such as access keys, between accounts," the firm added.

Passwords have been stored using bcrypt with a unique salt, in efforts to ensure that decryption methods used by malicious entities are hindered. "Datadog is currently operational. We have rebuilt all identified compromised systems and additional infrastructure. Any known vulnerabilities have been mitigated," the firm stressed. The firm also said that it has brought in "third party incident response and forensic experts" to investigate the breach and disclose further information of the breach to its users once the investigation has been concluded. It is still uncertain as to whether user credentials have been stolen and/or put up for sale on the dark web.