Security experts have discovered that the Maxthon web browser collects sensitive information and sends it to a server in China. Researchers warn that the harvested data could be highly valuable for malicious actors. 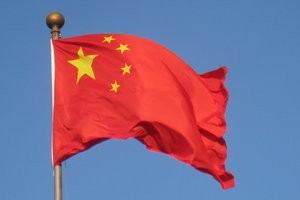 Developed by China-based Maxthon International, the browser is available for all major platforms in more than 50 languages. In 2013, after the NSA surveillance scandal broke, the company boasted about its focus on privacy and security, and the use of strong encryption.

While dat.txt is encrypted, experts easily found the key needed to decrypt it, giving them access to the information. Exatel researchers demonstrated how a man-in-the-middle (MitM) attacker could intercept the data as it travels from the client to the Maxthon server in China.

The ueipdata.zip file is created and sent to Maxthon servers as part of the company’s User Experience Improvement Program (UEIP). The role of the program is to help the developer understand its users’ needs and deliver better products and services. The vendor claims the program is voluntary and “totally anonymous.” However, as experts discovered, the data is being collected even if users opt out of the UEIP. They are concerned that the information on browsing habits and the installed applications could be highly valuable for a malicious actor looking to conduct a targeted attack.

“Essentially, the information that is being transmitted back contains almost everything you would want in conducting a reconnaissance operation to know exactly where to attack. Knowing the exact operating system and installed applications, and browsing habits it would be trivial to send a perfectly crafted spearphish to the victim or perhaps set up a watering hole attack on one of their most frequented websites,” explained Fidelis Cybersecurity CSO Justin Harvey.

Some Maxthon customers who noticed that the ueipdata.zip file is created even when they opt out of the UEIP asked the company for clarifications. The vendor’s representatives said they only collect “basic data” when the feature is disabled – as opposed to “sensitive data” harvested when UEIP is enabled. However, according to researchers, sensitive data is sent to China regardless of how UEIP is configured.

Exatel said it contacted Maxthon about its findings, but it hasn’t heard back from the vendor. Experts have tested the latest version of the web browser and determined that it still transmits the data even if UEIP is disabled. This is not the first time researchers have raised concerns about web browsers developed by Chinese companies. Experts at the University of Toronto’s Citizen Lab have identified security and privacy issues in several popular Chinese browsers, including QQ Browser, UC Browser and Baidu Browser.