In the modern world though, it typically refers to the process of cracking software codes to take greater control of applications and user interfaces. 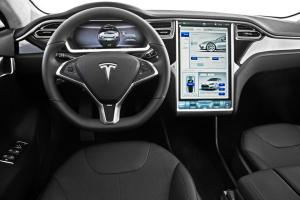 It's rife in the world of smartphones, and now it's possible with electric vehicles too – such as the technology-heavy Tesla Model S. A central feature of the Model S – literally – is its enormous dashboard-mounted 17-inch touchscreen.

It's a technical highlight of the car, allowing owners options from changing simple parameters like cabin temperature, to operating the car's navigation system and infotainment functions. The screen is also a web browser, with all the functions that entails. It's essentially one big, car-mounted computer, and according to Drag Times, one Model S owner has found a way of patching into that computer via a disguised ethernet port hidden in the dashboard.

By hooking up an ethernet cable between the car and a laptop computer, the owner found a backdoor into the car's central screen – even managing to run a Firefox web browser on the car's touchscreen.

The potential benefit for owners is the ability to load third-party apps for just about anything onto the car's screen – just as jailbreakers do with iPhones, Android devices and the like. Notably though, Tesla's engineers could see all this going on – like secret service personnel in movies discovering a hacker on their network. They weren't too pleased either, sending the owner a message suggesting he stopped what he was doing, to avoid voiding the car's warranty.

When Tesla sends updates to the car via the internet, there's a fairly good argument suggesting owners don't tamper with that giant computer screen too much – or the functions it controls. But as with jailbroken smartphones, those able to exploit these functions can really improve their own user experience – so there are two sides to the coin.

Those on the Tesla Motors Club forum have mixed views on the find – some worried it's a slippery slope towards hacking and stealing the vehicles – but many are positive on the extra usability. One thing is for sure though – it's unlikely to be the last time Tesla's tech–friendly buyers find ways to change the car to their own tastes...