Adobe Systems Inc.’s Flash technology is on its way out of the Firefox internet browser. 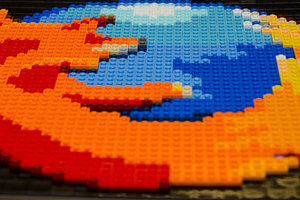 In August, Mozilla Corp., maker of the browser, will begin defaulting to HTML 5 instead of Flash for video, online animations, games and other rich media.

If users run into a website where there is no non-Flash option available, Firefox will still render that site in Flash. But next year, Firefox will ask for permission before it renders any sites in Flash or Microsoft Corp.’s Silverlight, a rich-media technology similar to Flash. Web browser plugins, such as Flash and Silverlight, “often introduce stability, performance, and security issues for browsers,” said Benjamin Smedberg, a manager of Firefox quality engineering, in a blog post. “This is not a trade-off users should have to accept.” Defaulting to HTML 5 over Flash is expected to reduce browser crashes and website hangs, Mr. Smedberg said.

“These and future changes will bring Firefox users enhanced security, improved battery life, faster page load, and better browser responsiveness,” he added. Mozilla’s decision to move away from Flash was long in the works, he said. But it is also merely the latest nail in Flash’s coffin. In May, Alphabet Inc. ’s Google said its Chrome browser would be defaulting to HTML 5 over Flash, and asking for permission to render Flash when no HTML 5 alternative was available, before the end of the year. Google cited similar performance and security concerns.

About a year ago, Facebook security chief Alex Stamos called on Adobe to stop trying to fix Flash and end support outright. For its part, Adobe itself is walking away from Flash. Adobe has told that it is encouraging “content creators to build with new Web standards.” It also changed the name of its Flash Professional software to Animate CC, and refocused it around HTML 5 media.

Fortunately for anyone using a web browser these days, most major websites that relied on Flash in the past, like YouTube and Facebook, moved to HTML 5 video long ago. This largely happened because there is no mobile version of Flash, and as mobile web browsing and mobile app usage has grown, developers were motivated to leave Flash behind.