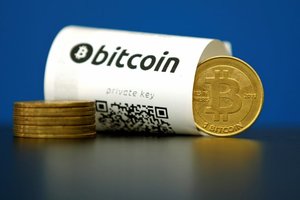 The steep fall has only exacerbated the gradual decline in the price of bitcoin, which has been observed in the recent past. Bitfinex confirmed the breach and suspended all trading.

The exchange said in a statement: "Today we discovered a security breach that requires us to halt all trading on Bitfinex, as well as halt all digital token deposits to and withdrawals from Bitfinex. We are investigating the breach to determine what happened, but we know that some of our users have had their bitcoins stolen. While we conduct this initial investigation and secure our environment, bitfinex.com will be taken down and the maintenance page will be left up."

Bitcoin plunged 5.3% against the dollar in early morning trade. In the past two days, the digital currency's price has declined as much as 13%. The firm is one of the largest traders of digital currencies and has offices across Europe and the US. "Yes - it is a large breach," said Fred Ehrsam, co-founder of Coinbase, a cryptocurrency wallet and trading platform. "Bitfinex is a large exchange, so it is a significant short term event, although Bitcoin has shown its resiliency to these sorts of events in the past," he added.

It is still unclear as to how many users have been affected by the breach and how they managed to bypass the firm's security to steal the currency. Bitfinex said that the hack has already been reported to law enforcement agencies and added that the breach was limited to bitcoin wallets only. Other forms of digital currencies traded on the platform were unaffected.

"We are taking this necessary accounting step to normalize account balances with the objective of resuming operations. We will look at various options to address customer losses later in the investigation," the firm noted. The hack appears to be eerily similar to yet another cyberheist sustained by Tokyo-based Mt.Gox in Febraury 2014, which saw hackers make way with over $300m, which led the firm to file for bankruptcy.