Arizona healthcare group Banner Health has said that hackers may have accessed records of 3.7 million of its customers. 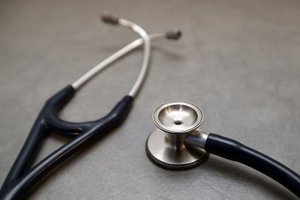 The Phoenix-headquartered non-profit organisation that runs a chain of hospitals and health care facilities said that it started informing customers of the breach, wherein hackers could have accessed information including names of customers, their social security numbers and date of birth.

Banner Health said that the attack was initiated on 17 June. Hackers could have also accessed card payment data of those who purchased food at Banner Health outlets. Credit card information of some customers, who had purchased goods from three branches in Tucson, may have been compromised. "We recently discovered that cyber attackers may have gained unauthorized access to information stored on a limited number of Banner Health computer servers as well as the computer systems that process payment card data at certain Banner Health food and beverage outlets," Banner Health said.

It is unclear as to how many people have been affected by the breach. Banner Health maintains that not all patients have been affected by the hack, but refrained from mentioning an exact figure. The organisation also said that it has informed law enforcement agencies about the breach and has hired a forensics firm to further investigate the attack. The health care firm has also cautioned people to be wary of websites mimicking its web address, as they may contain malware.

Healthcare hacks appear to be on the rise in the US. An Ohio-based healthcare group was also recently targeted by hackers, who stole sensitive patient data and proceeded to leak it via Twitter. The alarming rise in such attacks may indicate the necessity to implement stronger security measures in the healthcare industry.