This PC monitor hack can manipulate pixels for malicious effect

Don’t believe everything you see. It turns out even your computer monitor can be hacked. 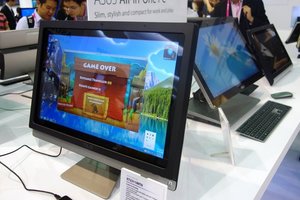 On Friday, researchers at DEF CON presented a way to manipulate the tiny pixels found on a computer display. Ang Cui and Jatin Kataria of Red Balloon Security were curious how Dell monitors worked and ended up reverse-engineering one.

They picked apart a Dell U2410 monitor and found that the display controller inside can be used to change and log the pixels across the screen. During their DEF CON presentation, they showed how the hacked monitor could seemingly alter the details on a web page. In one example, they changed a PayPal’s account balance from $0 to $1 million, when in reality the pixels on the monitor had simply been reconfigured.

It wasn't exactly an easy hack to pull off. To discover the vulnerability, both Cui and Kataria spent their spare time over two years, conducting research and understanding the technology inside the Dell monitor. However, they also looked at monitors from other brands, including Samsung, Acer and Hewlett Packard, and noticed that it was theoretically possible to hack them in the same manner as well.

The key problem lies in the monitors’ firmware, or the software embedded inside. “There’s no security in the way they update their firmware, and it’s very open,” said Cui, who is also CEO of Red Balloon. The exploit requires gaining access to the monitor itself, through the HDMI or USB port. Once done, the hack could potentially open the door for other malicious attacks, including ransomware.

For instance, cyber criminals could emblazon a permanent message on the display, and ask for payment to remove it, Kataria said. Or they could even spy on users' monitors, by logging the pixels generated. However, the two researchers said they made their presentation to raise awareness about computer monitor security. They've posted the code to their research online. “Is monitor security important? I think it is,” Cui said. Dell couldn't be reached for immediate comment.