A little over nine million keys used to redeem and activate games on the Steam platform were stolen by a hacker who breached a gaming news site last month. 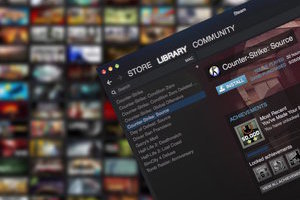 The site, DLH.net, provides news, reviews, cheat codes, and forums, was breached on July 31 by an unnamed hacker, whose name isn't known but was also responsible for the Dota 2 forum breach.

The site also allows users to share redeemable game keys through its forums, which along with the main site has around 3.3 million unique registered users, according to breach notification site LeakedSource.com, which obtained a copy of the database. A known vulnerability found in older vBulletin forum software, which powers the site's community, allowed the hacker to access the databases. The data stolen from the forum includes full names, usernames, scrambled passwords, email addresses, dates of birth, join dates, avatars, Steam usernames, and user activity data. Facebook access tokens were stolen for those who signed in with their social account.

A member of the LeakedSource group told me on Tuesday that roughly 84 percent of the passwords that were scrambled with the MD5 algorithm (which is considered insecure by today's standards) have already been decrypted using readily available cracking tools. Some were stored with the stronger SHA-1 algorithm, however.

LeakedSource added the breached site and forum data into its database, which lets possible victims of the breach search their data. In total, the database contained about 9.1 million Steam keys. LeakedSource shared a portion of the data. A number of the 15-digit alphanumeric game keys were already redeemed and are effectively useless. Many appear to be or have been valid at some point -- though it's not clear what percentage are still redeemable and active.

Some of the keys matched well-known games, including KnightShift, Pirates of Black Cove, Final Fantasy IX, and other top-rated games. It's not known if the codes came from Steam directly. The platform acknowledges in a support page that many products and games that use the platform come with a Steam key, even if they are sold by another retailer.

We reached out to Chase Faucheux, the site's chief editor, to comment prior to publication, but did not hear back. But after this piece went live, spokesperson Dirk Hassinger denied that the site had been hacked, and disputed the number of members the site has. "We checked our server log files and did not find any unusual activity within the past four weeks," he said. Valve, which owns and operates the Steam platform, also did not respond to a request for comment.