Foursquare teams with Microsoft for dollars and data

Foursquare is getting some help from Microsoft as it seeks to turn its location-based mobile app into a sustainable business. 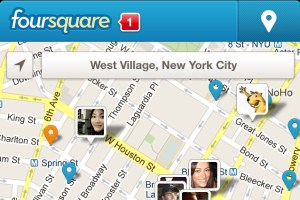 Microsoft has invested $15 million and agreed to a strategic partnership with the New York-based startup, Chief Executive Dennis Crowley said in an interview. The investment will be added to the $35 million investment round Foursquare announced last December and which valued the company at about $650 million.

In addition to an equity investment, Microsoft has signed a multi-year contract to license Foursquare data in services such as its mobile operating system and Bing search engine. With that deal, Microsoft becomes Foursquare’s single biggest data licensee, though Crowley declined to specify how much the contract is worth.

Foursquare has collected a trove of data about more than 60 million restaurants, shops and other points of interest within cities, much of it entered by the app’s 45 million users, who rely on the service to broadcast their location to friends and get tips and discounts on the places they go.

All that data could help Microsoft generate smarter search results, or ping Window Mobile users when they’re in the vicinity of a great new restaurant they might like. The deal with Microsoft is not exclusive and does not change the terms of its deals with other companies that receive its data, Crowley said.

Microsoft has made money in social media before. In 2007, it invested in Facebook in a deal that valued the then-startup at just $15 billion, a fraction of what it’s worth now.

Foursquare expected revenue $15 million to $20 million this year, up from about $2 million in 2012, according to people close to its financials. In December, the company said it raised an investment from DFJ Growth and Capital Group’s Smallcap World Fund.

Note: An earlier version of this story incorrectly said the deal would make Microsoft Foursquare’s biggest source of revenue.