Apple patented a way to catch thieves via Touch ID

Touch ID from Apple is a great way to safeguard your device, and a newly filed patent suggests it will also be able to help catch thieves. 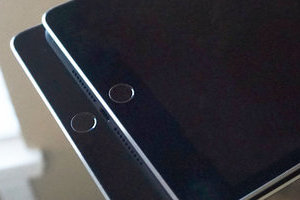 The patent, named ‘biometric capture for unauthorized user identification,’ is pretty straightforward. If Touch ID detects a fingerprint that isn’t yours, it’ll store an image of the scan as a means of catching who may have stolen your phone.

Like many patents, it’s probably just an idea Apple is putting its thumb on (pun intended!) so nobody else can claim it. There are a lot of things to consider with making it a user-facing feature, like how the info is stored on your phone and if you’d actually be able to access or delete it (say a child snatched a parent’s phone to watch videos; that’s sketchy to the device, but definitely not theft). Either way, it’s an interesting feature I’d actually like to see refined and put into practice as an optional security feature.