Some 71,000 user accounts and IP addresses have been leaked from Minecraft fan website Minecraft World Map. 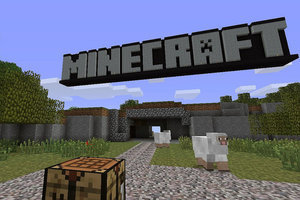 More than half of the breached accounts were already breached and listed in Hunt's Haveibeenpwned breach credential repository. The hack, which occurred in January this year, appears to have gone unreported. "In approximately January 2016, the Minecraft World Map site designed for sharing maps created for the game was hacked and over 71k user accounts were exposed," Hunt wrote on the breach site. "The data included usernames, email and IP addresses, along with salted and hashed passwords."

The site is popular with Minecraft gamers who use the web property to share their in-game developed worlds. Users should reset affected passwords reused on other sites. Password best practice is subject to debate. If advice from boffins at Microsoft and Google is followed, passwords should be pronounceable, rather than set to the typically recommended jumble of numbers, special characters, and letters, which are difficult for users to recall.

It is okay for users to reuse passwords on sites they do not care for, Microsoft academics have said, provided they set strong logins for critical sites. Britain's GCHQ spy agency also weighed in on the password best practice debate, advising admins to stop punishing users with regular password resets, which is said to lead to weaker combinations being set over time. Docker's security lead, Diogo Mónica, (@diogomonica) said that debate on password choice and complexity is off the mark, and should instead focus on convincing users to run password managers to set unique jumbled credentials for all sites. Earlier over 25 million accounts associated with forums hosted by Russian internet giant Mail.ru have been stolen by hackers.