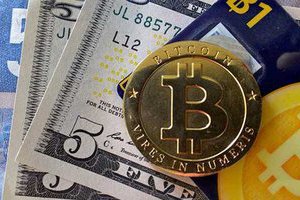 The data breach notification service LeakedSource is becoming familiar to readers; recently it reported the data breach suffered by many IT services, including Last.fm and DropBox, both occurred in 2012. The Bitcointalk hack is known. The organization's Twitter account reported May 2015.

“The forum’s ISP NFOrce managed to get tricked into giving an attacker access to the server. I think that the attacker had access for only about 12 minutes before I noticed it and had the server disconnected, so he probably wasn’t able to get a complete dump of the database. However, you should act as though your password hashes, PMs, emails, etc. were compromised,” the theymos user reported on Reddit.

”The forum will probably be down for 36-60 hours for analysis and reinstall. I’ll post status updates on Twitter @bitcointalk and I’ll post a complete report in a post in Meta once the forum comes back online, each password has a 12-byte unique salt. The passwords are hashed with 7500 rounds of SHA-256,” he added.

LeakedSource reported that 499,593 user details were stolen in the incident; the leaked records include usernames, passwords, emails, birthdays, secret questions, hashed secret answers and some other internal data. 91% of passwords were hashed with sha256crypt, the experts explained that it would take about a year to crack 60-70% of them. 9% were hashed with MD5 and all of them were protected with the same salt value, LeakedSource has already cracked approximately 68% of those. More mysterious was the BTC-E.com incident, it is possible that hackers also compromised some users’ wallets for stealing bitcoins.

Despite the LeakedSource’s notification, there is no news about incidents occurred to BTC-E customers. In January 2016 the Financial Underground Kingdom blog reported that the exchange has suffered one hack without effects for its customers, it is likely the data leaked by LeakedSource is related that incident. “During years of existence [BTC-E] had just 1 hack after which the owners paid all the debt to users.”

It isn’t clear whether that hack and the data disclosure made by LeakedSource refer to the same incident. LeakedSource reported that that BTC-E.com was hacked in October 2013 and 568,355 users were impacted. The passwords were protected with an unknown hashing method, making the “passwords completely uncrackable although that may change.”