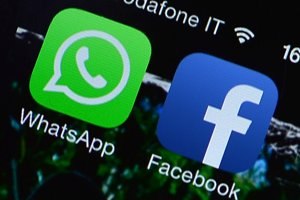 The Electronic Privacy Information Center and the Center for Digital Democracy have filed an ‘unfair and deceptive practices’ complaint with the Federal Trade Commission that accuses Facebook of violating the consent decree issued by the regulatory agency in 2011.

The complaint also says WhatsApp’s more stringent privacy policy conflicts with Facebook’s more open one. The groups are asking the FTC to “halt Facebook’s proposed acquisition of WhatsApp” until the concerns listed in the complaint are “adequately” addressed. The chief concern is that the acquisition will give Facebook access to all of the mobile phone numbers WhatsApp has amassed.

“The millions of WhatsApp users who signed up for the service were promised — repeatedly as you will read in the complaint — that the company didn’t want to gather and commericialize their data,” the Center for Digital Democracy said in a statement on its website. “They posed as the ‘unFacebook,’ deriding the commercial surveillance apparatus that lies at the core of contemporary online practices.

Yet at the same time they made their public privacy promises, they were being wooed by Mark Zuckerberg to join The Circle — oops, I mean Facebook. Despite Facebook’s denial that WhatsApp and its digital gold mine of mobile numbers, address books, and access to selling all kinds of financial services in real-time won’t become part of its Big Data-driven advertising machine, one only has to look at what happened with Instagram (let alone the track record of the industry).” Facebook, however, is saying the concerns of the privacy groups have no foundation.

“As we have said repeatedly, WhatsApp will operate as a separate company and will honor its commitments to privacy and security”.