China-based third-party app store called Haima has been found infecting millions of iOS users with malicious adware by repackaging popular apps and circulating them through its site. 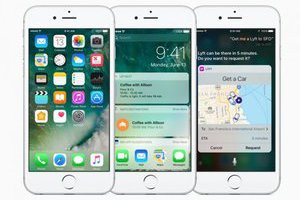 Haima, which is currently only available in the Chinese market, uses a technique called app side-loading to deliver adware to users.

According toTrend Micro security researchers, who analysed Haima, Haima operators trick users into installing apps from outside the official iOS app store by luring users via aggressive social media advertising and relying on the popularity of apps like Minecraft, Instagram and Terraria in achieving successful downloads. Trend Micro said: "Third-party app stores such as Haima rely on the trust misplaced not only by the users but also by distribution platforms such as Apple's, whose Developer Enterprise Program is abused to deploy these repackaged apps.

These marketplaces also appeal to the malefactors because they are typically less policed. Haima capitalises on the monetisation of ads that it unscrupulously pushes to its repackaged apps."

What is app side-loading?

Apple's stringent control over its iOS ecosystem deters the propagation of such apps. However, Haima attempts to dodge the controls by misusing Apple's Developer Enterprise Program. Haima poses as an enterprise, which allows it to "distribute apps without having to be vetted through Apple's lengthy certification process".

Haima and other similar marketplaces distributing repackaged apps have to frequently change their enterprise certification, in efforts to ensure that their fake apps remain functioning. According to Trend Micro researchers, in the span of just 15 days, Haima has changed five different certificates.

However, despite the constant necessity of changing certificates, Haima rakes in enough profits to make the whole process lucrative. "It doesn't hurt their bottom line either — the income generated from Haima's business model of distributing adware-carrying apps can more than offset the $299 price tag of an iOS enterprise certificate," researchers explained.

Of the 75 million iOS users who downloaded apps from Haima, 68.87 million downloaded the repackaged version of the Minecraft Pocket Edition app, over six million other users installed an altered version of the Terraria app and over a million more users downloaded fake Pokémon Go apps.

Trend Micro cautioned: "Users are recommended to exercise caution when downloading apps from these app marketplaces, and to install apps only from the official App Store. As repackaged apps can also carry malicious content, organisations are recommended to implement security awareness policies to prevent further distribution of these apps, such as blocking unapproved app stores and safeguarding personal devices used in workplaces."