WhatsApp users should switch to a more secure messaging service now that it is being bought by Facebook, a German data protection commissioner urged Thursday. 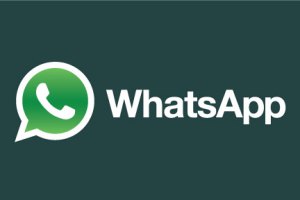 Facebook announced on Wednesday that it plans to acquire WhatsApp, a mobile messaging service with about 450 million monthly users, for $12 billion in shares, $4 billion in cash as well as $3 billion in stock options.

The deal could raise important data protection issues because the personal data of its users will likely be merged with Facebook data, said Thilo Weichert, data protection commissioner for the German state of Schleswig-Holstein.

When communication metadata and content of both services is merged, it can be used for profiling and commercially exploited for advertising purposes, Weichert said.

A Facebook spokeswoman declined to comment on Weichert’s concerns and referred to Facebook’s conference call about the acquisition on Wednesday, in which Facebook said that WhatsApp will continue to be run as an independent business.

WhatsApp said in a blog post on Wednesday ”nothing” will change for users. The company states in its privacy policy that it will not sell or share personally identifiable information such as mobile phone numbers with third-party companies for their commercial or marketing use without consent. But it may share that information with third party service providers “to the extent that it is reasonably necessary to perform, improve or maintain the WhatsApp Service.”

WhatsApp also says it will not use that information itself for commercial or marketing messages without consent, “except as part of a specific program or feature for which users will have the ability to opt-in or opt-out.”

It says it also may use both personally identifiable information and certain non-personally identifiable information (such as anonymous user usage data, cookies, IP addresses, browser type, clickstream data, etc.) to improve the quality and design of its site and service as well as to create new features, promotions, functionality, and services by storing, tracking, and analyzing user preferences and trends.

In addition to having issues with possible profiling, Weichert also highlighted that both companies are based in the U.S., where there are less strict data protection laws than in Europe. He added that the services “refuse to comply with European and German data protection requirements.”

German data protection authorities and consumer organizations have been embroiled in privacy litigation with Facebook for years.

The Germans want Facebook to adhere to German data protection laws. Facebook has been trying to evade this by arguing that German law does not apply to it because its European headquarters in Ireland is processing all European user data. So far one appeals court has ruled in Facebook’s favor while another appeals court recently ruled that Facebook should comply with German law.

Weichert does not only have issues with Facebook in this matter, he said. WhatsApp is an insecure way of communicating and has had very serious security and privacy issues, he said.

WhatsApp, for instance, had a major design flaw in its cryptographic implementation that could allow attackers to decrypt intercepted messages. The company hasn’t been transparent about how it solves such security problems, Weichert said.

So far, WhatsApp hasn’t been doing much to exploit their user data for commercial purposes, Weichert said, adding that the Facebook deal probably will put an end to that.

Therefore, WhatsApp users should switch to services they can trust, at least if the confidentiality of their own communication is worth something to them, Weichert said. He strongly recommended Germans to start using German or Europe-based services that are transparent about their security and are subject to an effective data protection regime.

This seems to be the case with the Swiss services Threema and myEnigma, which are subject to the Swiss Federal Act on Data Protection,  Weichert said. Threema has been used within his office, he said, adding that he had some reservations in his advise because his staff had not been able to review the source code of the services to verify the security themselves. “But we have had the same issues with Facebook and WhatsApp,” he said.

Both Threema and myEnigma use end-to-end encryption and say they have no way to decrypt messages if law enforcement tries to force them to, because they don’t know their users’ private keys, according to their websites.

MyEnigma is available for free for iOS, Android and BlackBerry. Its security is based on open standards “which are used today to protect classified information at governmental level,” according to its website.

The service also protects all communication with an independent encryption layer to provide a dual-encryption channel for all data, it said, adding that it is only relays the encrypted messages. The service is made by the Swiss company Qnective, which offers secure communications to governments and military organizations.

Threema was developed by software development company Kasper Systems and is available for $1.99 on iOS or Android. It has asymmetric cryptography designed to ensure that only the intended receiver can read messages, and photos, videos and current location can be shared with the same encryption, according to its site.