Microsoft has downplayed the seriousness of an alleged Exchange auto-discovery vulnerability, saying that it sees no need to patch the reported security weakness. 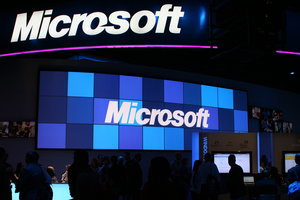 Van Beek explains: “I recently discovered that most, if not all, Microsoft Exchange clients (eg, Outlook, iPhone mail app, Android mail app, Blackberry Mail App) are more than happy to provide a user's password in plain text to any web server of the same domain as used in an email address, and it only takes only four lines of code and a local config file to make that happen. “Web servers are typically far less protected than corporate mail servers, so breaching Microsoft Exchange becomes a matter of hacking the domain web server and relax while it harvests all the passwords you would ever need, since Exchange typically use SSO (Single Sign On) for Active Directory,” he added.

Microsoft was notified on 10 August, responding a month later to dismiss the issue as something the software giant already had covered without the need to either issue a patch or even update its security advice. In a statement supplied to El Reg (below), Microsoft explains its rationale. The issue described assumes a shared domain web server has already been compromised by another method. We have no current plans to address this particular scenario with a security update. For more on how Autodiscover works, please visit MSDN guidance issued previously.

Microsoft’s response to his report has left van Beek dissatisfied. He objects: “This response casually forgets to consider that a hacked web server still retains a perfectly valid certificate - it just happens to use that trusted tunnel to serve up problems, and also I have only found one Exchange client client so far which actually checks the hostname against the certificate, which is Microsoft's own test tool.”