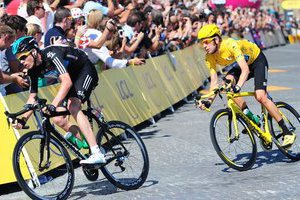 On Sept. 13 WADA confirmed that a group of Russian hackers had accessed confidential medical records of athletes who participated in the 2016 Rio Olympic Games.

After gaining access to WADA's Anti-Doping Administration and Management System (ADAMS) via an International Olympic Committee account, the Tsar Team (APT28), also referred to as Fancy Bear by cybersecurity company CrowdStrike, leaked confidential medical data of United States athletes including Serena Williams and Simone Biles. A day later a second round of confidential files was released, including medical records of 25 athletes: ten from the United States, five from Germany, five from Great Britain, one from the Czech Republic, one from Denmark, one from Poland, one from Romania and one from Russia.

Access to ADAMS allowed the hackers to obtain athletes' Therapeutic Use Exemptions (TUE) covering certain prohibited drugs that athletes are allowed to take if an illness or condition requires the medicine. In response to the second release, Olivier Niggli, director general of WADA, said, "WADA is very mindful that this criminal attack, which to date has recklessly exposed personal data of 29 athletes, will be very distressing for the athletes that have been targeted; and, cause apprehension for all athletes that were involved in the Rio 2016 Olympic Games.”

Michelle Carter, a gold medalist shot putter, was among the top U.S. athletes whose information was included in this batch of records. The hack also revealed that several British athletes had TUEs. They include Tour de France winning cyclists Chris Froome and Bradley Wiggins, golfer Charley Hull, rower Sam Townsend and Heather Fisher, who has competed in the bobsled and rugby.

Though the records showed no indication of wrongdoing, the records will likely raise questions about athlete performance. “To those athletes that have been impacted, we regret that criminals have attempted to smear your reputations in this way; and, assure you that we are receiving intelligence and advice from the highest level law enforcement and IT security agencies that we are putting into action,” Niggli said.

After leaked data showed Simone Biles had tested positive for methylphenidate — a banned WADA substance — also known as Ritalin, the gymnast later announced her ADHD diagnosis on Twitter and assured fans that she had not broken any drug-testing regulations during the games. The group is releasing the data that it has obtained gradually, and though the investigation into the breach is ongoing, WADA believes that no other ADAMS data is affected.