Organizations exposed to attacks by flaws in Kerio Firewalls 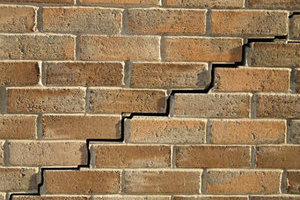 An advisory published by the security firm describes a total of nine potential security issues affecting Kerio Control, a UTM solution that includes network firewall, IDS/IPS, gateway antivirus, VPN and filtering capabilities. Researchers have detailed two attack scenarios that can result in an attacker gaining control of the security appliance and the network it is supposed to protect. The vendor has released a software update to address some of the vulnerabilities, but experts say attacks are still possible.

According to researchers, Kerio Control exposes users to attacks partly due to unsafe usage of the PHP unserialize function and the use of a very old version of PHP (5.2.13), which is known to have serious vulnerabilities.

Experts also found two PHP scripts containing several vulnerabilities, including reflected cross-site scripting (XSS), memory bugs that can be used to bypass ASLR protections, and a cross-site request forgery (CSRF) protection bypass. They also discovered that the webserver is running with root privileges, and that memory corruption and brute-force attack protections are missing.

One of the attack scenarios described by SEC Consult involves a combination of several vulnerabilities. The attacker needs to trick a user into visiting a malicious website, which executes a script on the victim’s machine in order to determine the internal IP address of the Kerio Control firewall so that requests can be sent to it. An attack can be launched over the Internet thanks to the CSRF protection bypass method.

If the victim is not already logged in to the firewall’s user interface, the attacker can obtain credentials via a brute-force attack. The exploit leverages the XSS vulnerability to bypass the same-origin policy (SOP) and detect valid credentials. Heap spraying is then used to bypass ASLR and, finally, an old PHP flaw (CVE-2014-3515) is exploited to execute a shell with root privileges. Once the attacker establishes a reverse root shell, they have full access to the organization’s internal network. SEC Consult has published a video demonstrating how the attack works:

The second attack scenario involves a remote code execution vulnerability disclosed nearly one year ago by Raschin Tavakoli, who is currently a SEC Consult employee and was involved in this research. Tavakoli showed that a remote attacker could execute arbitrary code by chaining an RCE flaw affecting the admin interface’s upgrade functionality with an XSS. At the time, the vendor only addressed the XSS, which makes it possible to launch the attack using other XSS bugs, such as the one found recently by SEC Consult.

Kerio was informed about the vulnerabilities in late August and patched many of them this week with the release of version 9.1.3. The company has decided not to change the fact that the webserver is running with root privileges. The remote code execution flaw affecting the upgrade functionality also remains unpatched. SEC Consult said Kerio fixed the XSS flaw that revived Tavakoli’s old attack method, but yet another XSS was found just before the security firm published its advisory.