Misbehaving Europeans are already asking Google to 'Forget' them

The European Union court decision that Google users have the "right to be forgotten" is already causing problems for the search engine. 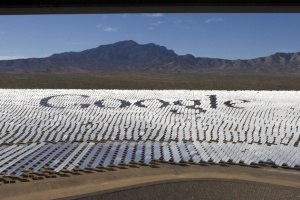 In just a short 48 hours since the ruling was handed down, an ex-politician and convicted pedophile have asked Google to remove links to their stories from the site, a request the court says they must honor.

The politician is planning to run for office once more, and wanted stories about his prior behavior in office (which we can assume was not to the taste of his voters) removed from search.

The pedophile has asked links to websites about his conviction to be removed, meaning it would be harder for neighbors and potential landlords to check into his criminal history before inviting the man to a location potentially surrounded by children. A doctor has also asked Google to remove negative reviews about him written by former patients.

Obviously, this is causing a major issue both for the average Google user and the company itself. The details of the hearing require Google to remove links from their search results, not remove actual content from the web, but this is a massive task on its own. Google already receives a huge volume of requests for removals, and that will only grow as these requests are now considered legally legitimate.

Search engines will have to set up massive vetting offices, dealing with the thousands of requests they receive. There will also be a delay in processing requests, as there are so many. This means that arguably illegitimate requests — like a disliked service provider asking to remove unfavorable reviews — will delay legitimate requests, like users looking to remove illegally gathered photographs or videos of themselves leaked online.

EU Commissioner Viviane Reding called the ruling "a clear victory for the protection of personal data of Europeans" but perhaps she will not feel so strongly when she finds out pedophiles and miscreants are using the law to their advantage.