Researchers use the human body to transfer wireless passwords

Sending data over wireless formats like Wi-Fi and Bluetooth is very convenient, but not necessarily secure.

A Princeton report back in January revealed that some smart home devices unwittingly broadcast location information while others didn't encrypt their data streams at all. To get around the uncertainty of pushing information over the air, some scientists have posited using the body as a conduit.

Instead of using its magnetic field, as previous researchers have, engineers from the University of Washington have pioneered a way to send wireless signals from a touchpad or screen held in one hand to a smart device in physical contact with the other. As described in their research paper, the method operates simply, like conducting static electricity.

Data is still wireless but confined to the human body, riding the low-frequency electromagnetic transmissions generated by a device's fingerprint sensor or touchpad, traveling through the body to whatever smart device the user touches. While this has obvious applications for smart home or car door locks, it could also send information securely to wearables or even coordinate networks of body sensors. 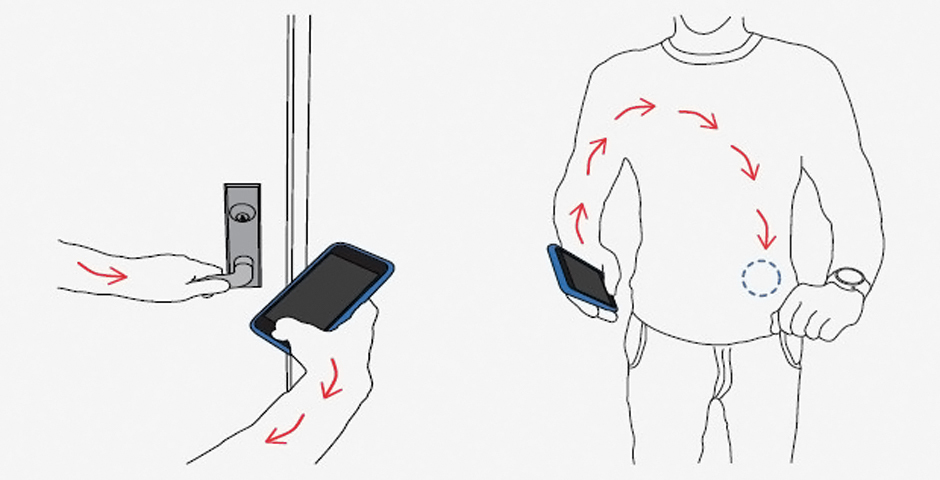 While the scientists were able to repurpose touch interfaces to send data at bit rates of 50 bits per second on laptop touchpads and 25 bits per second with fingerprint sensors, that's just fast enough to send a simple password or numerical code from body to receiver in a few seconds. They could achieve much higher speeds, and thus transmit more complex data, if the input manufacturers gave them more access to their software.