Ministers have been barred from wearing Apple Watches during Cabinet meetings amid concerns that they could be hacked by Russian spies. 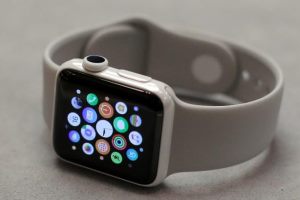 Under David Cameron, several cabinet ministers wore the smart watches, including Michael Gove, the former Justice Secretary. However, under Theresa May ministers have been barred from wearing them amid concerns that they could be used by hackers as listening devices.

Mobile phones have already been barred from the Cabinet because of similar concerns. Mr Gove disrupted one Cabinet meeting when he was Chief Whip by inadvertently playing a Beyonce song. Sarah Vine, his wife, disclosed that he was "surreptitiously checking his emails", but pressed the wrong button when a message came through.

Ms Vine said: "So the cabinet was treated to the first few bars of a song from Beyonce." It comes amid mounting fears about the scale of Russian hacking in the West. Concerns have been raised after hackers obtained confidential emails from the Democratic National Congress during the US election. Russian hackers have also obtained the medical files of some of the world's most famous athletes.