Facebook develops algorithm that will learn everything about you from photos

Facebook wants to become your new best friend by knowing everything about you - and it's going to happen whether you like it not. 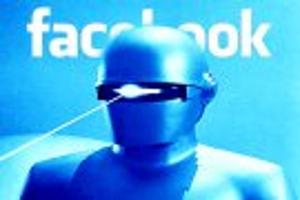 From the bottles of beer you drink, to the places you visit on vacation, the social networking site will compile everything there is to know about you (and the billion other people online) - and then make sense of it with the hope of selling better, targeted advertising in your news feed.

The social networking giant has teamed up with New York University to set up a research lab designed to learn about artificial intelligence.

The California-based social network giant is hiring professor Yann LeCun of NYU's Center for Data Science to head up a new artificial intelligence lab, aiming to use cutting-edge science to make Facebook more interesting and relevant.

It would enable Facebook to learn more about individuals and ultimately  achieve better results for targeted ads and news feed improvements. For now, Facebook feeds may seem like a random jumble, but LeCun argues these 'can be improved by intelligent systems.'

'This could include things like ranking (the items in) news feeds, or determining the ads that are shown to users, to be more relevant,' LeCun said. Then there are things that are less directly connected, like analyzing content, understanding natural language and being able to model users... to allow them to learn new things, entertain them and help them achieve their goals.'

Facebook is the world's biggest social network, but it faces the challenge of maintaining growth, keeping users engaged and delivering enough advertising to generate revenue growth without turning members off. LeCun said the new artificial intelligence lab would be the largest research facility of its kind in the world, though he declined to provide numbers.

'We're limited only by how many smart people there are in the world that we can hire,' the French-born mathematician and computer scientist said. The lab will be based in three locations -- New York, London and Facebook's headquarters in Menlo Park, California. But it will also be part of the broader artificial intelligence research community, according to LeCun, who starts his new job in January while keeping his NYU post.

Facebook's move follows Google's forays into artificial intelligence, and notably its acquisition earlier this year of DNNresearch, a startup created by University of Toronto professor Geoffrey Hinton and two of his graduate students, known for computer models of brain functions, which includes pattern and speech recognition.

It's a somewhat 'loaded and elusive term,' he said, but it could 'power a range of consumer and enterprise-facing applications' -- even if Facebook doesn't quite know what those applications are yet. LeCun, the founding director of NYU's Center for Data Science, is known for creating an early version of a pattern-recognition algorithm that mimics in part the visual cortex of animals and humans.

LeCun's recent research projects include the application of 'deep learning' methods for visual scene understanding, driverless cars and small flying robots, as well as speech recognition, and applications in biology and medicine.

James Hendler, who heads the Rensselaer Institute for Data Exploration and Applications, said Facebook already uses some artificial intelligence algorithms for its 'social network graph,' but that applying these to photos, videos and other 'multimedia' data requires a boost in power.

'As they move into their own search and more of these new multimedia data types, they need more,' Hendler said. 'I expect that it will in the short term mainly focus on improving existing algorithms, for example better selection of what shows up in a user's Web feed. 'In the long run, we should see a lot more capabilities such as searching for photos of things one might be interested in, and more information in Facebook that results from your activities on other websites.'

Facebook has acknowledged in recent weeks it has been tweaking user news feeds and the new investment signals more changes are coming. 'There's been a lot of speculation that people have been leaving Facebook because they are upset that the newsfeed filtering doesn't let them see a lot of the things they'd like to see from their friends,' Hendler said.

'The community has speculated for a while that Facebook would need to hire some AI researchers to help them solve this problem.'