Say you’re scrolling through your Facebook Newsfeed and you encounter an ad so eerily well-suited, it seems someone has possibly read your brain. 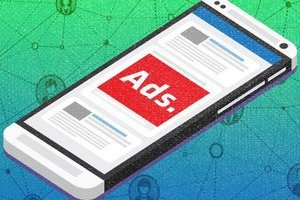 Maybe your mother’s birthday is coming up, and Facebook’s showing ads for her local florist. Or maybe you just made a joke aloud about wanting a Jeep, and Instagram’s promoting Chrysler dealerships.

Whatever the subject, you’ve seen ads like this. You’ve wondered — maybe worried — how they found their way to you. Facebook, in its omniscience, knows that you’re wondering — and it would like to reassure you. The social network just revamped its ad preference settings to make them significantly easier for users to understand. They’ve also launched a new ad education portal, which explains, in general terms, how Facebook targets ads. “We want the ads people see on Facebook to be interesting, useful and relevant,” a Facebook spokesperson said. But it remains to be seen whether users are pleased or frightened by the new information they suddenly have.

Not even conclusive! As explained on that shiny new portal, Facebook keeps ads “useful and relevant” in four distinct ways. It tracks your on-site activity, such as the pages you like and the ads you click, and your device and location settings, such as the brand of phone you use and your type of Internet connection. Most users recognize these things impact ad targeting: Facebook has repeatedly said as much. But slightly more surprising is the extent of Facebook’s web-tracking efforts and its collaborations with major data brokers.

On top of that, Facebook offers marketers the option to target ads according to data compiled by firms like Experian, Acxiom and Epsilon, which have historically fueled mailing lists and other sorts of offline efforts. These firms build their profiles over a period of years, gathering data from government and public records, consumer contests, warranties and surveys, and private commercial sources — like loyalty card purchase histories or magazine subscription lists. Whatever they gather from those searches can also be fed into a model to draw further conclusions, like whether you’re likely to be an investor or buy organic for your kids.

When combined with the information you’ve already given Facebook, through your profile and your clicks, you end up with what is arguably the most complete consumer profile on earth: a snapshot not only of your Facebook activity, but your behaviors elsewhere in the online (and offline!) worlds.

These snapshots are frequently incomplete and flawed, we should note — after all, they rely on lots of assumptions. But generally speaking, they’re good enough to have made Facebook an advertising giant. In the second quarter of 2016, the company made $6.4 billion in advertising, a number that’s up 63 percent from the year before. And now, Facebook ads aren’t only on Facebook.com and its acquired apps — they also populate an external Audience Network.

“Speaking as both a consumer and as an advertiser, I think that Facebook’s ad capabilities make internet advertising a better experience overall,” said Kane Jamison, a Seattle-based marketer who has written about his experience with Facebook ads. “The majority of promoted topics that I see in my Facebook feed are relevant to my interests, and they’re worth clicking on more often.”

Not everyone is quite so convinced that Facebook’s targeting methods are benevolent, though. Peter Eckersley, the chief computer scientist at the Electronic Frontier Foundation, calls them “the most invasive in the world.” Yes, he acknowledges, many companies use data brokers to make direct-mail lists, and almost every website utilizes some kind of tracker or cookies — but no company on earth, save Facebook, bundles all that information.

Take the example of the ad for your mother’s local florist: that might have been targeted to women from your hometown (which you’ve told Facebook) whose mothers’ birthdays are coming up (that’s in your Facebook calendar), who live away from family (based on off-site activity) and who have a high estimated income (according to Acxiom).

Or the mystery of the spoken Jeep joke and displayed the car ad — an adjacency that actually happened on local Florida TV, convincing one newscaster that Facebook “eavesdropped” on her. Facebook actually sources data from IHS Automotive, an industry intelligence firm used widely by dealers, banks and financial analysts, and doesn’t need eavesdropping to know that your car’s 10 years old and you might be back in the auto market.

“Facebook’s business model is to amass as much first-party and third-party data on you as possible, and slowly dole out access to it,” Eckersley said. “If you’re using Facebook, you’re entrusting the company with records of everything you do. I think people have reason to be concerned about that.”

Eckersley’s main concern is how much consumers know about all this tracking — and how much they’re able to opt out of it. Facebook says it’s been transparent on both counts, and that the revamped ad preferences dashboard, as well as the long-standing “Why Am I Seeing This Ad?’ dropdown, is only the latest proof that it’s dedicated to user privacy.

But while both the dashboard and the dropdown will rid you of ads you don’t like, neither actually lets users opt out completely of any of Facebook’s four tracking methods. The preferences manager, for instance, lets users tell Facebook they don’t have certain interests that the site has associated with them or their behavior, but there’s no way to tell Facebook that you don’t want it to track your interests, at all.

Likewise, Facebook allows users to opt-out of advertisements based on their use of outside websites and apps. But that doesn’t mean that Facebook never tracks those people when they’re on other sites, Eckersley said: It just limits some of its more all-seeing methods. And while Facebook did push its data-broker partners to adopt better privacy measures when it began working with them in 2013, each broker still requires you to file an opt-out request with them individually.

There is another option, of course: If Facebook tracking freaks you out, simply don’t use it. There are people who want targeted, “relevant” ads — and there are others, like Eckersley, who can’t stomach it. But wait, what was that? Eckersley has Facebook? Surely hell just froze over.

“It’s the paradox of modern life,” he laughed, adding that he needs the site to keep in touch with friends and family. “We’re strongly incentivized, by the culture around us, to use this technology. It’s incredibly useful — and an incredibly giant structural problem for our privacy.”