Power plants are hackable because employees are still using pagers 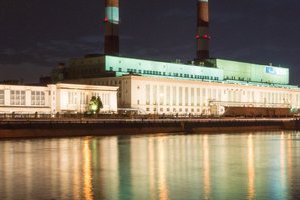 But, according to a new report, workers at nuclear power plants, chemical plants, defense contractors and other infrastructure sectors are still communicating—at least in part—with pagers that transmit messages without encryption, leaving them exposed to even modestly-resourced hackers.

The sort of information that plant employees transmit using pagers includes diagnostics of plants, names, contact details, and other information that researchers say could be used to create effective social engineering attacks. “Since pager messages are typically unencrypted, attackers can view pager messages even at a distance—the only thing attackers need is a combination of some know-how on software-defined radio (SDR) and US$20 for a dongle,” the new report, from cybersecurity company Trend Micro, reads.

Over a period of four months earlier this year, Trend Micro ran equipment and software at various critical infrastructure facilities in the US and Canada. In all, the company monitored nearly 55 million records of pages (pager messages), of which around a third were alphanumeric (some pages were simply tones, or just contained numeric information).

One of the main culprits behind heavy pager use are automatic alert systems, which flag issues to employees. “During the course of this project, we saw multiple systems utilizing pagers for alarm functions. These alarms can leak out information about the buildings’ layout, products in use, as well as other company-specific information that should not be seen by anyone outside the company,” the report reads.

Plenty of pages, however, were written by employees themselves, especially those working at nuclear power plants. Because pagers typically don't use encryption or authentication, it is also possible for an attacker to infect their own messages into pager conversations, without a target being able to verify whether the messages came from a trusted source or not.

As for who might want to take advantage of such weaknesses, there are obvious examples like state actors looking to sabotage or gain intelligence on a facility. But private competitors might be interested in some of the information as well, the report reads.

“Any company, especially the ones who are transmitting vital information through pagers, must be concerned once they realize that they are unknowingly transmitting vital information about their facility operations,” it adds. For companies that are using pager communications, Trend Micro recommends that they do encrypt the messages, add authentication, and also audit any possible leakage when using an email-to-pager system.