Hackers can potentially target and attack all Windows versions thanks to a new attack mechanism uncovered by security researchers in the Windows OS (operating system). Threat actors could leverage the new technique to inject malicious code onto users' PCs. 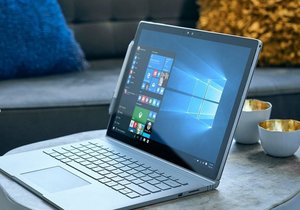 Researchers also uncovered that since the issue does not rely on "broken or flawed code", instead manipulates the operating system mechanisms' designs, the issue cannot be patched. enSilo researcher Tal Liberman said: "AtomBombing affects all Windows versions. In particular, we tested this against Windows 10. "AtomBombing is performed just by using the underlying Windows mechanisms. There is no need to exploit operating system bugs or vulnerabilities.

What is code injection?

Code injection is a popular tool used by hackers when attempting to inject malicious code or malware onto legitimate programs, which in turn makes it easier for them to bypass security programs, operate while remaining hidden from the targeted user and grab sensitive information from systems, which would otherwise have been inaccessible.

Liberman explained: "For example, let's say an attacker was able to persuade a user to run a malicious executable, evil.exe. Any kind of decent application level firewall installed on the computer would block that executable's communication. To overcome this issue, evil.exe would have to find a way to manipulate a legitimate program, such as a web browser, so that the legitimate program would carry out communication on behalf of evil.exe."

Code injections can be considered to be an invaluable tool for hackers, since they provide them with the ability to bypass various security protocols, including process-level restrictions. Moreover, it gives attackers the ability to take screenshots and send them back to the attackers, execute MitB (Man in the Browser) attacks, which involve making modifications to the content displayed to the user, and access encrypted passwords.

Liberman told: "AtomBombing uses legitimate OS mechanisms and features to perform and hide malicious activity. The greatest concern is that when attackers are motivated they will always find creative techniques such as this one. "Since it's new and has not yet been marked as malicious, this method will easily bypass any security product that attempts to heuristically block malicious activity. Recognizing that compromise is inevitable, organisations should consider a security strategy that assumes that attackers are already inside."